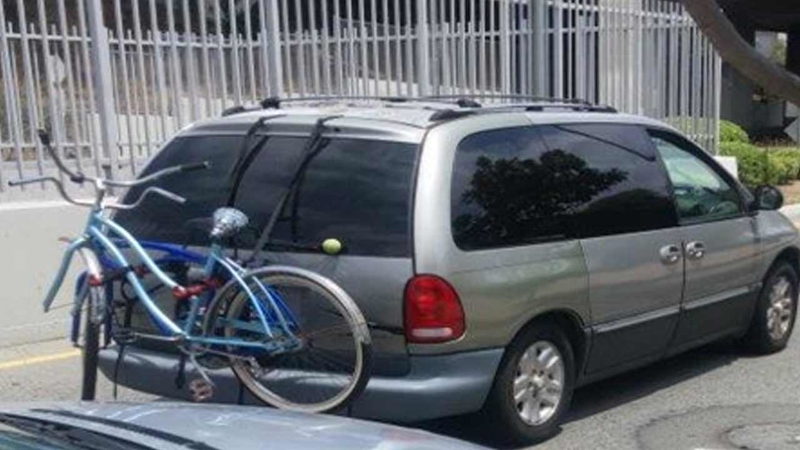 LOS ANGELES (KABC) -- Los Angeles police are searching for a driver in a minivan who beat a small dog and threw it against the sidewalk repeatedly until it died.

A witness reported seeing a small dog jump out of a minivan along the 1600 block of East First Street in Los Angeles around 1:30 p.m. on May 14.

The driver of the minivan exited the car and chased down the dog. When he caught it, he punched the small terrier mix and threw it onto the sidewalk several times until it died, police said.

The witness who saw the horrible incident took a photograph of the minivan.

The suspect was described as a white male, between 50 and 60 years old, weighing around 280 pounds, between 6 feet and 6 feet 2 inches tall, with balding, gray hair.

Police said the minivan appears to be a 1996 to 2000 Dodge Caravan. The silver or gray vehicle has a bike rack and appears to have an off-color rear bumper, authorities said.

"It's a very serious crime, and a felony is punishable by state prison," said Detective Alfredo Reyes with LAPD's Animal Cruelty Task Force. "If you talk to the people who witnessed this, they're still troubled by it. They were bothered by what took place and how vicious this person was to this very small dog."

The Society for the Prevention of Cruelty to Animals Los Angeles (spcaLA) is horrified by the violent crime.

"This guy is probably way more dangerous than you would think. It's not just a dog, because when you see violent behavior, it transcends the target that they are focusing on minute to minute. This could be a dangerous guy," said Madeline Bernstein with spcaLA.