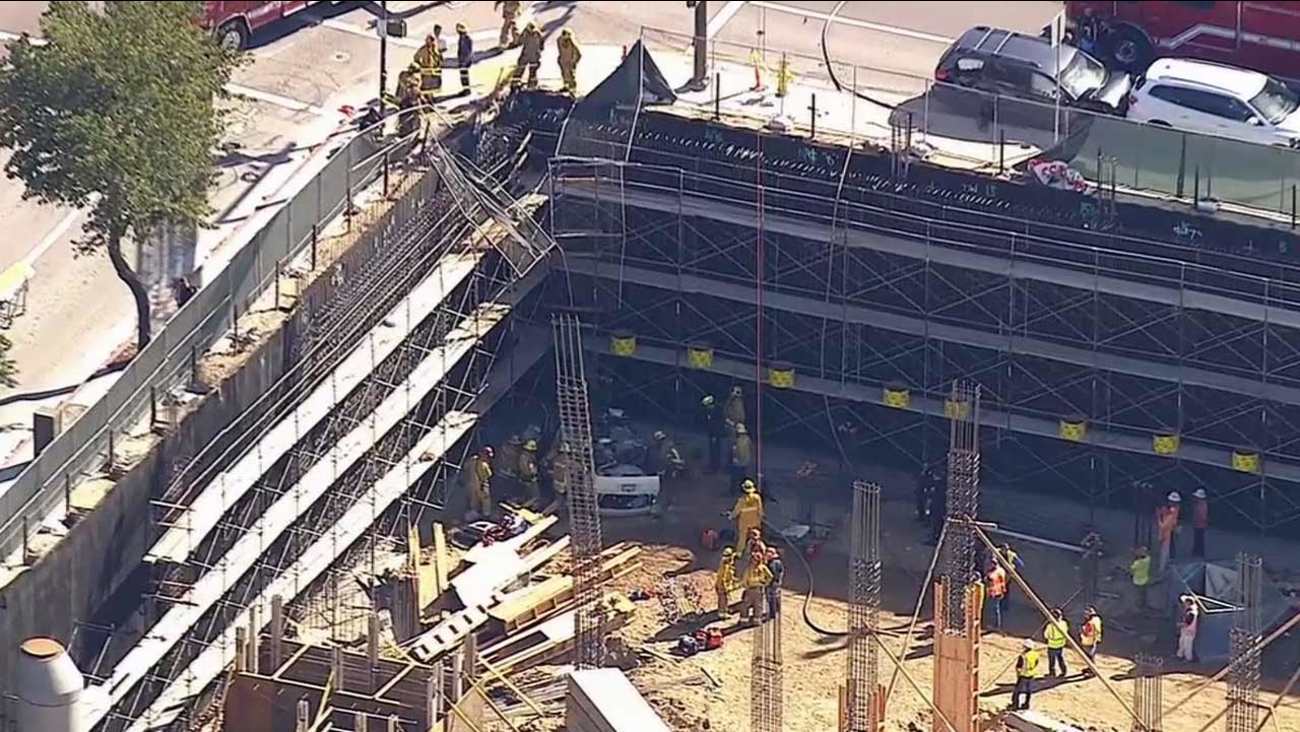 Glendale police and paramedics respond to an overturn crash near Central and Wilson avenues on Thursday, Sept. 24, 2015.

GLENDALE, Calif. (KABC) -- A car overturned and fell into a construction site in Glendale Thursday morning after being involved in a car crash, police said.

The two-vehicle crash occurred near Central and Wilson avenues at about 9:40 a.m.

A driver traveling westbound on Wilson Avenue ran a red light and hit the 43-year-old victim who was traveling southbound on Central Avenue. The victim's vehicle overturned and fell into a construction site, landing on its roof.

First responders had to use the Jaws of Life to free the female driver who was trapped in the vehicle.

The victim was hoisted out and transported to Los Angeles County+USC Medical Center with major injuries.

The driver who ran the red light was not injured, police said.