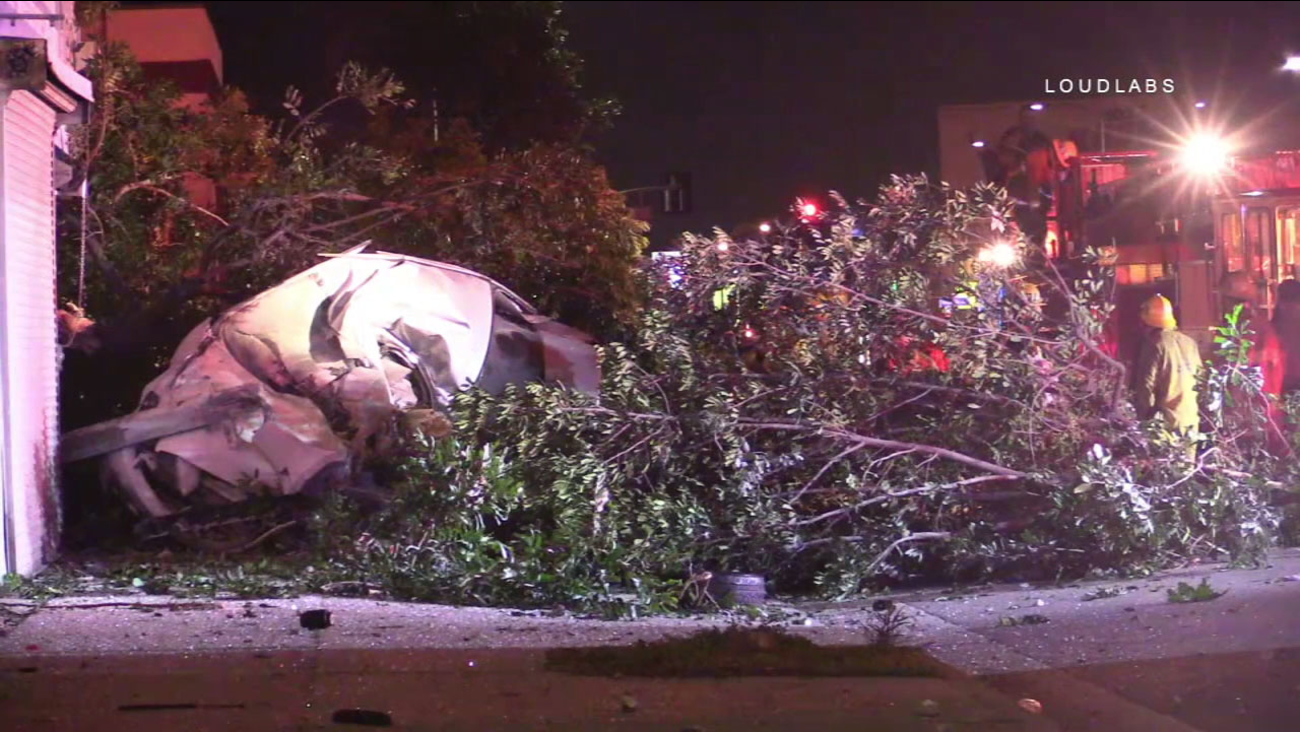 The scene of a deadly crash after a chase suspect hit a tree in South Los Angeles on Monday, Dec. 26, 2016.

SOUTH LOS ANGELES (KABC) -- A brief chase ended in a violent and deadly crash in South Los Angeles early Monday, according to the California Highway Patrol.

The incident all started at about 2:30 a.m. when officers tried to stop the Impala for running stop signs and weaving, according to Sgt. Charles Chu of the CHP. The driver then led authorities on a chase near Morton Avenue and 83rd Street, traveling at speeds of over 100 mph, Chu said.

The brief chase ended in a crash just one minute later after the driver hit two dips, lost control, veered to the right and struck a pole and tree. The man inside was pronounced dead at the scene.

No other person was believed to be inside the car.

An investigation into the crash was ongoing.