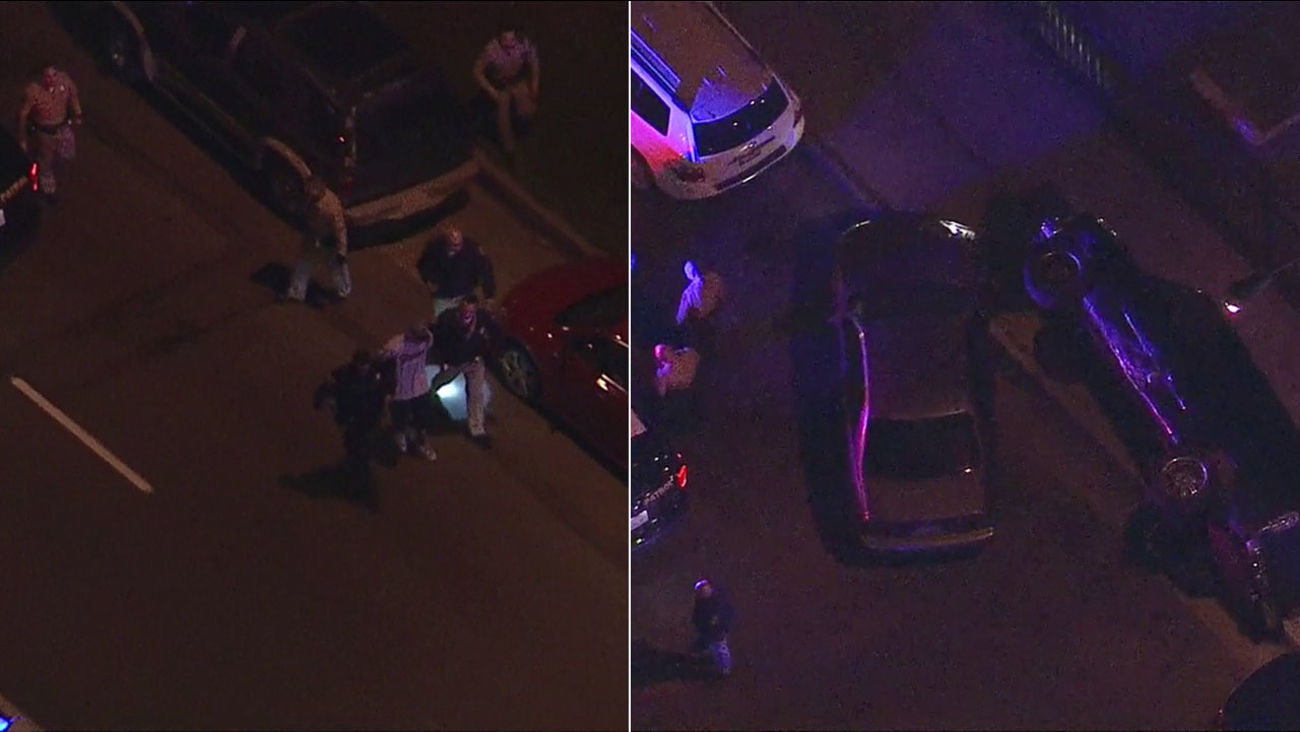 A driver was taken into custody after a chase that ended when he smashed into a parked car in East Los Angeles.

EAST LOS ANGELES (KABC) -- A driver led officers on a high-speed chase over freeways and surface streets from the Angeles National Forest to East Los Angeles before smashing into a parked car and surrendering after a short foot chase.

The chase began near the scene of a collision on Angeles Crest Highway near Grizzly Flat Road just after 8 p.m. At the scene, officers tried to approach people in a nearby car to find out if they had any information about the crash when they suddenly drove off.

They followed them over surface streets to San Fernando and then over the southbound 5 Freeway at speeds approaching nearly 100 mph to the 60 Freeway in the Boyle Heights area. They exited the freeway and began driving fast on surface streets, appearing to run through red lights and narrowly miss pedestrians.

At one point the vehicle was driving through smaller residential neighborhoods and pulled over briefly to let a passenger run out, then it kept driving.

It later smashed into a parked car in the area near Olympic Boulevard and Garfield Avenue and the driver fled on foot, trying to hide in a neighborhood with police close behind.

With officers tracking him closely, the suspect eventually gave up, laid down on the ground and was arrested without further resistance.