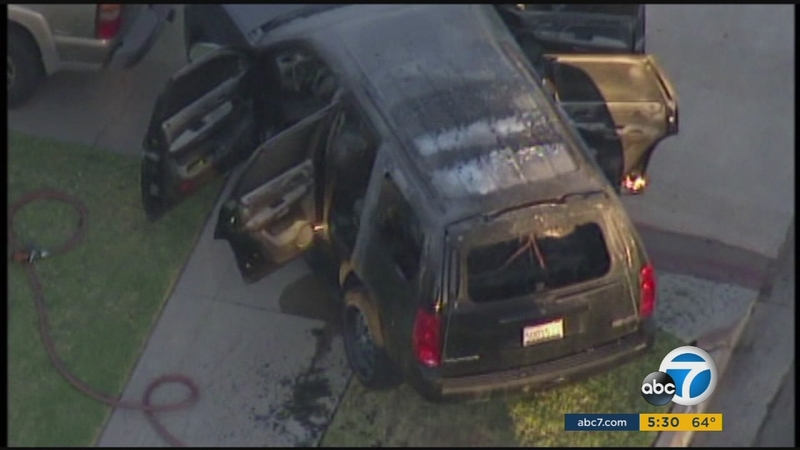 ORANGE, Calif. (KABC) -- Police believe there was a fourth person in the burning SUV where three bodies were found in Orange.

Witnesses say the SUV was already fully engulfed in flames traveling down the street Monday afternoon, with no driver inside.

The GMC Yukon finally came to rest on the sidewalk in front of a home in the 500 block of East Oakmont Avenue. Cellphone video showed neighbors rushing to put out the fire.

Inside the SUV, police say they found the bodies of three men. One man in the passenger seat was burned beyond recognition.

Police say the two other bodies were in the backseat. They were badly burned, but authorities were able to tell that the victims were men.

It was not yet known if the men died in the fire, or if they were dead before the fire. An autopsy on the bodies has been scheduled for Thursday morning.

"We do have some witnesses that indicate that they saw somebody running from that immediate area," said Lt. Fred Lopez of the Orange Police Department. "There was not a driver in the vehicle, so it's safe to assume that we're looking for the driver."

The only description of the driver available was that it was a man.

Police say the SUV had California license plates, but it was not from Orange County.