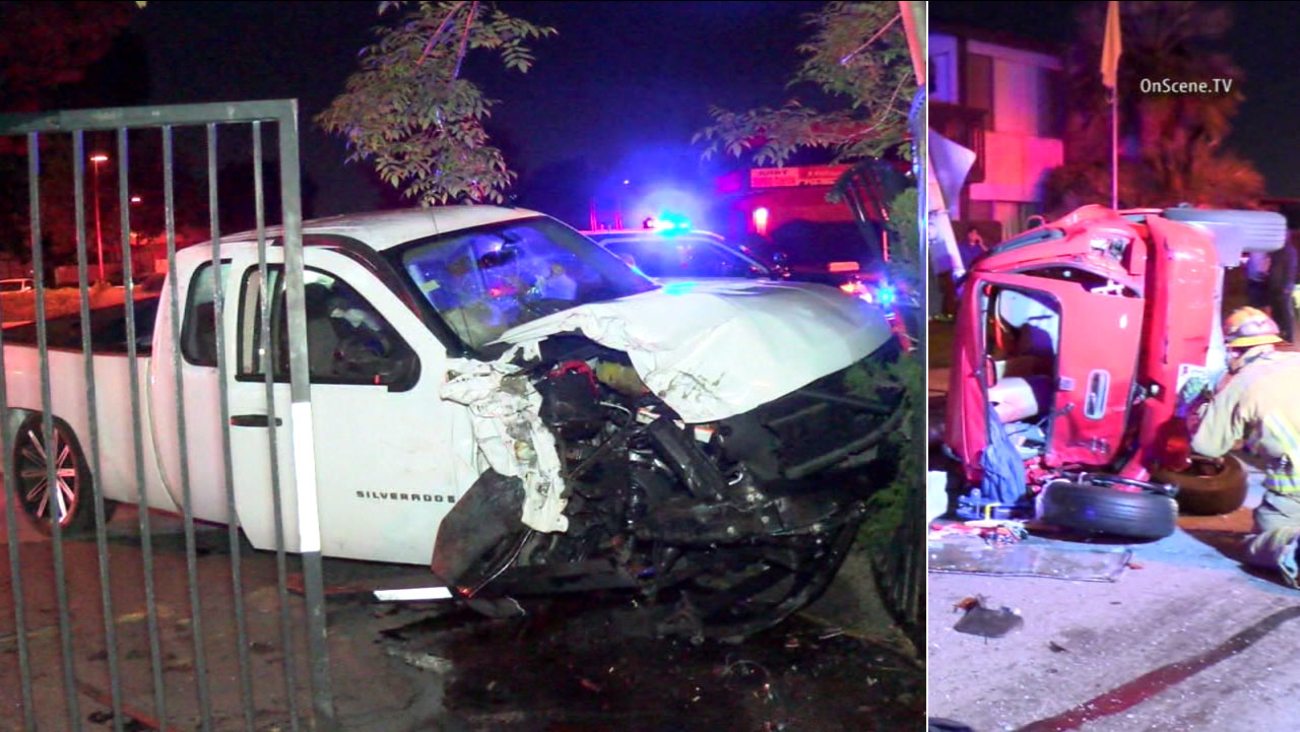 GARDEN GROVE, Calif. (KABC) -- Police in Garden Grove are searching for the driver in a wild hit-and-run crash that involved a total of four vehicles.

Investigators believe a white truck was speeding southbound on Magnolia Street when it side-swiped another car driving along the road, and then struck two other cars parked on the west curb.

The truck then continued southbound until it crashed into a tree and a gate outside an apartment complex, authorities said.

When firefighters arrived on scene near the 13100 block of Magnolia Street shortly before 11:30 p.m. Sunday, they found one of the cars struck by the truck on its side. Crews had to cut the driver out of that car.

Investigators said a young woman was standing outside one of the parked cars that were hit by the truck.

The driver of the white truck fled the scene on foot, possibly southbound on Magnolia Street. Authorities said the suspect may have incurred injuries as a result of the crash and faces possible felony evading charges.

It is unknown if drugs, alcohol or speed was a factor in the crash. The investigation is ongoing.
Related topics:
garden groveorange countycar crashhit and runsearch
Copyright © 2021 KABC-TV. All Rights Reserved.
More Videos
From CNN Newsource affiliates
TOP STORIES 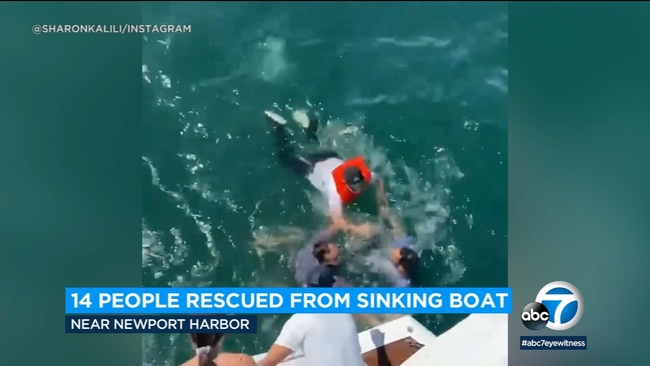