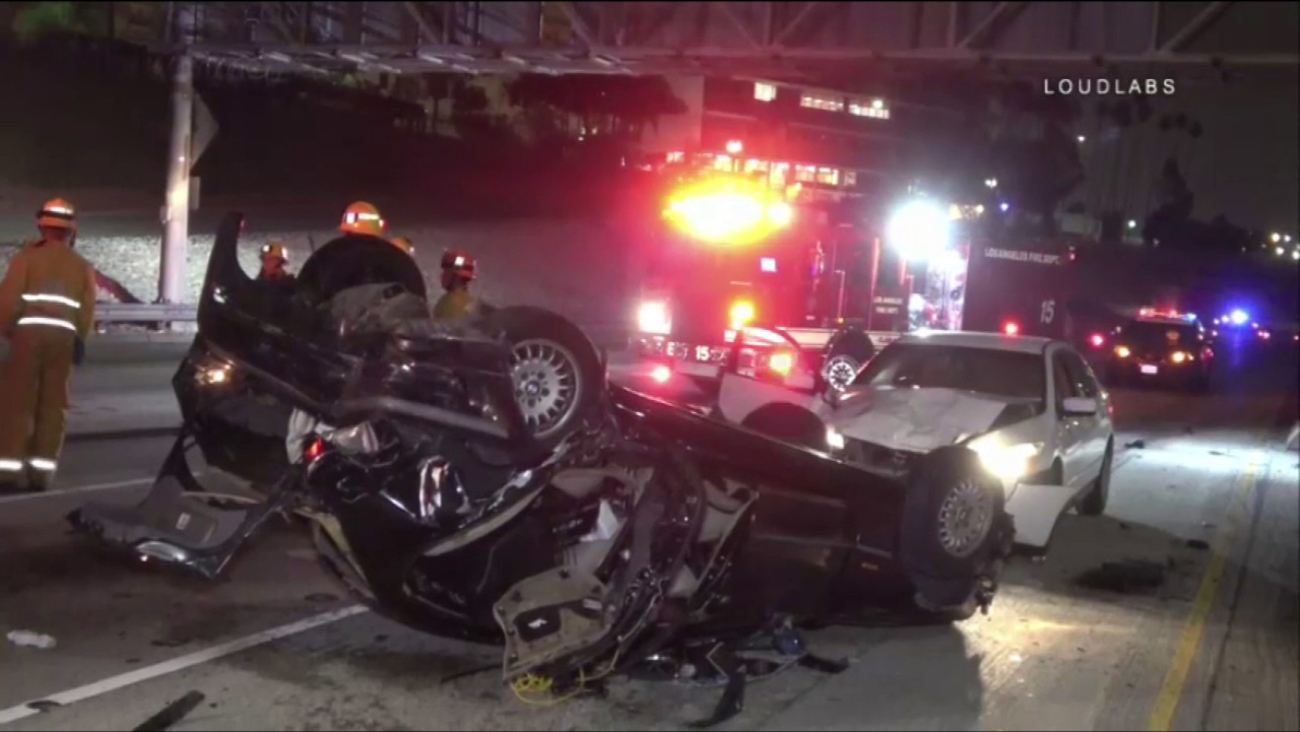 An overturned vehicle is seen on the 110 Freeway after a fatal crash on Sunday, July 2, 2017. (Loudlabs)

LOS ANGELES (KABC) -- A DUI suspect was arrested after another driver was killed early Sunday morning in a rollover crash on the 110 Freeway near downtown Los Angeles, authorities said.

The victim, 49-year-old Reyes Lazaro of Culver City, exited his black 1999 BMW in the northbound No. 1 lane about 2:11 a.m., according to a statement from the California Highway Patrol. Lazaro was walking "in a southerly direction to the rear of his vehicle," near 23rd Street, when he and his vehicle were struck by a 2003 Honda Accord that was traveling about 60 mph, the CHP said.

The BMW overturned and landed on its roof after the impact.

At the time, two CHP officers were investigating a separate traffic collision on the right shoulder of the freeway. The officers rushed to Lazaro and administered CPR to him. Los Angeles Fire Department firefighter-paremedics also responded to the scene, where Lazaro succumbed to his injuries.

The driver of the Honda was arrested on suspicion of driving under the influence of alcohol causing injury. He was identified as Byung Min, 49, of Cypress.

The CHP issued a SigAlert and closed three lanes as an investigation and cleanup operation got underway. The freeway was fully reopened at 6:20 a.m.