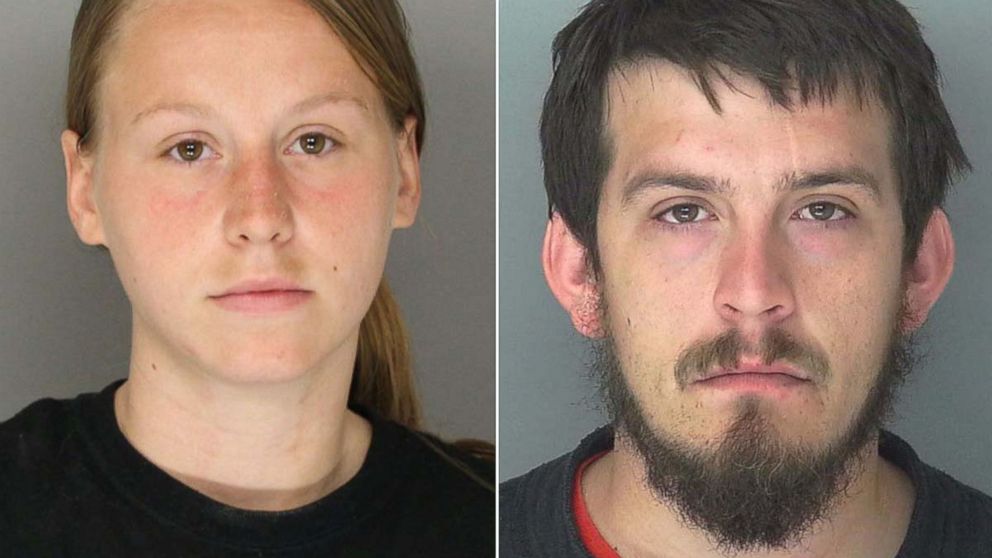 A Georgia judge sentenced two people to prison time today for their involvement in a 2015 incident in which a group they were part of waved Confederate flags, shouted racial slurs and made armed threats at adults and children attending a child's party outside Atlanta.

Jose Torres, 26, and Kayla Norton, 25, cried today in a Douglas County court as they were sentenced to 20 years and 15 years in prison, respectively.

In July 2015, Torres and Norton, who have three children together, were part of a group of Confederate flag supporters called Respect the Flag. For two days that summer, the group rode around in pickup trucks threatening black families and calling them racial slurs across two counties in the Atlanta suburbs.

The group targeted black families shortly after the Charleston, South Carolina, church massacre because its members were upset that the state responded to the brutal slayings by removing the Confederate battle flag from various sites.

At one point, the group pulled up to a birthday party for a black child in Douglasville. The group's members allegedly threatened to kill the partygoers, with Torres confronting the family with a gun that Norton loaded. The family called the police.

Video of the incident was posted on YouTube by the Southern Poverty Law Center.

In an indictment, Torres and Norton, among others, were charged with aggravated assault, terroristic threats and violation of Georgia's Street Gang Terrorism and Prevention Act.

During their sentencing today, the judge said their actions "were motivated by racial hatred," according to The Associated Press.

Through tears, Norton addressed the relatives of the child whose birthday she and others disrupted.

In addition to Torres and Norton, two people were charged with felonies, according to ABC affiliate WSB-TV.com; the two others pleaded guilty and were sentenced to shorter prison terms.