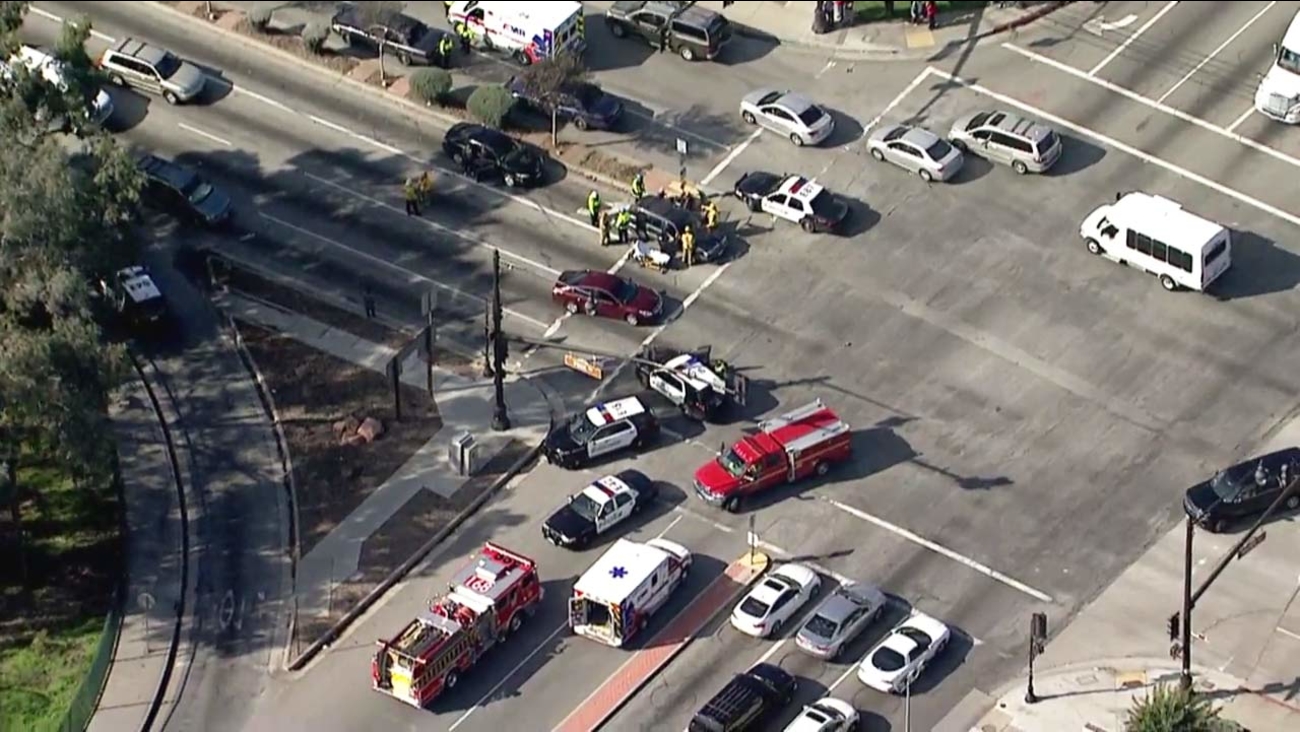 Police and other emergency personnel are seen near the site of a multiple-vehicle crash in El Monte following a police chase on Friday, Jan. 6, 2017.

Police were patrolling the area of Mountain View Road and Elliott Avenue when they noticed a driver committing a traffic violation.

Officers tried to pull the car over, but the driver did not comply. Instead, the suspect crashed into two other cars near Peck Road and Valley Boulevard.

The driver attempted to flee the scene, but became blocked by cars stopped at a traffic light.

Police said the driver stopped the car for a moment before he tried weaving through traffic in order to escape police.

However, the suspect's car got stuck. That's when he got out of the car and attempted to carjack another vehicle with two occupants inside.

Officers were able to apprehend the suspect inside the car he was trying to steal. Another person was apprehended inside the suspect's vehicle as well.

Police said 12 cars received minor to moderate collision damage in the incident. None of the involved individuals complained of injuries, but two elderly people were transported to area hospitals for observation upon recommendation by paramedics on scene.

The two suspects arrested were identified as Michael Duran, 19, and Diego Garcia, 25.