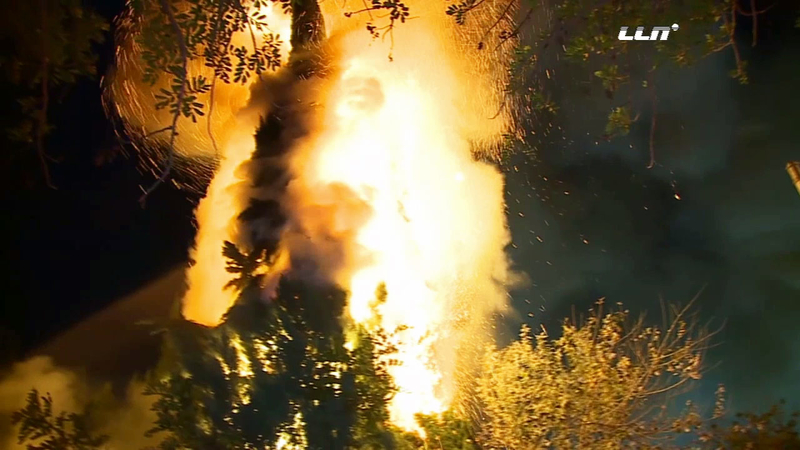 CARSON, Calif. (KABC) -- A 69-year-old woman has died and her husband remains in critical condition after their house caught fire in Carson on Thanksgiving.

Investigators ruled out the possibility of arson and believe the blaze may have stemmed from an electrical problem.

The house appeared to be in pack-rat conditions, and the sheer amount of material in the house was making it difficult for investigators to do their work.

"In some parts in the house, it's probably about a foot-wide in the hallway, so any person, even myself, it was very hard to get through there," said Sgt. Derek Yoshino with the Los Angeles County Sheriff's Department. "And the average depth of items in there is probably anywhere from 3 feet to 5 feet high."