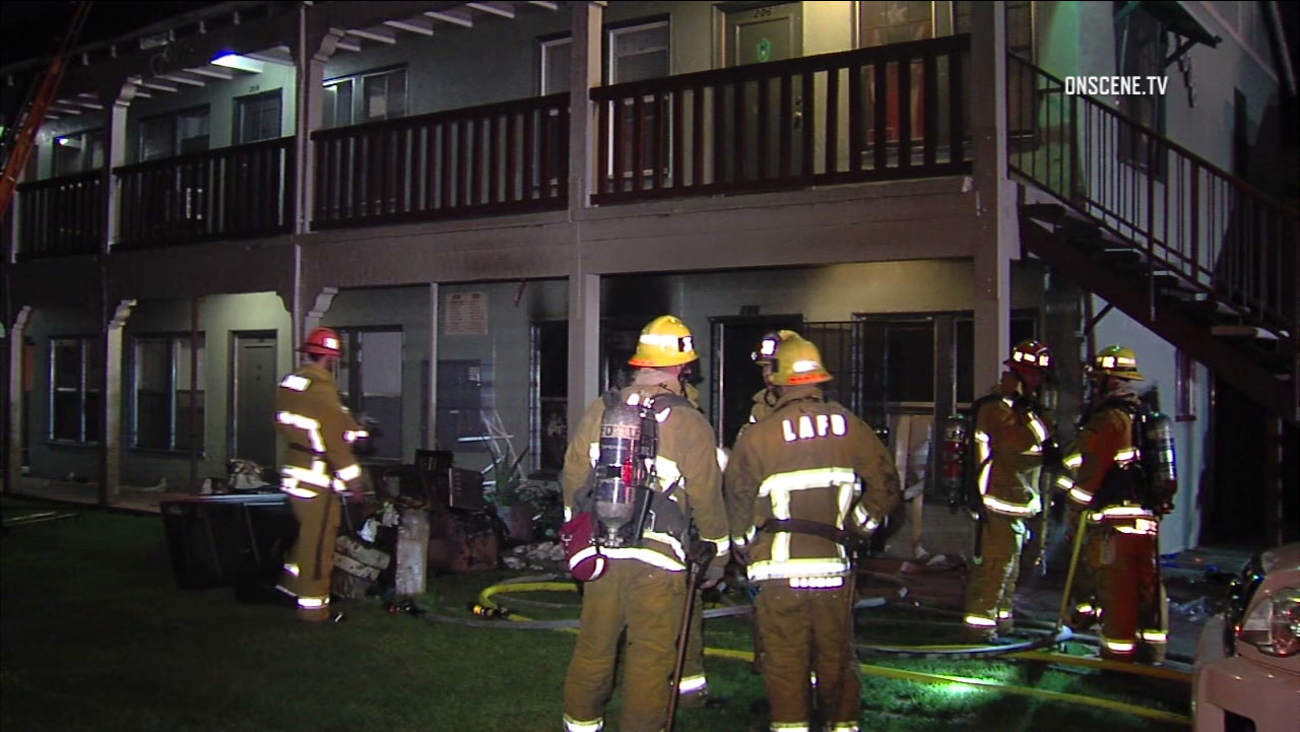 Firefighters clean up the scene of a deadly fire at an apartment complex in Hollywood on Sunday, March 12, 2017.

HOLLYWOOD, LOS ANGELES (KABC) -- Los Angeles fire officials were investigating the cause of a Hollywood apartment fire over the weekend that left an 81-year-old woman dead.

The incident happened just after midnight on Sunday at an apartment complex in the 1000 block of Mariposa Avenue, fire officials said.

The victim, identified as Susan Warner, was rushed to the hospital, where she died. No other injuries were reported.

Firefighters were able to contain the blaze to the first floor unit, where the woman lived.

The cause was not yet known as of Monday, but officials said there were melted electrical components near where the fire started. Investigators believe excessive storage conditions could have contributed to the fire's intensity.