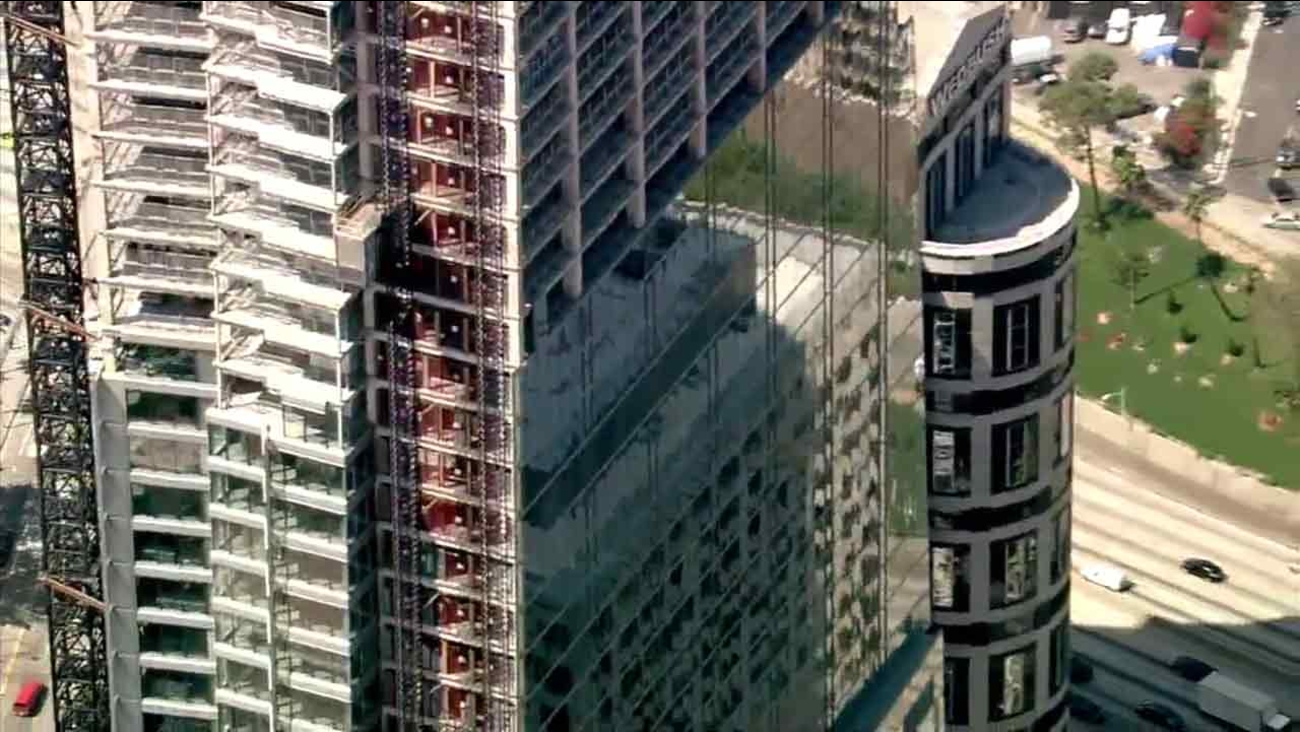 The Wilshire Grand Tower in downtown Los Angeles, where an electrician fell to his death from the 53rd floor on Thursday, March 17, 2016.