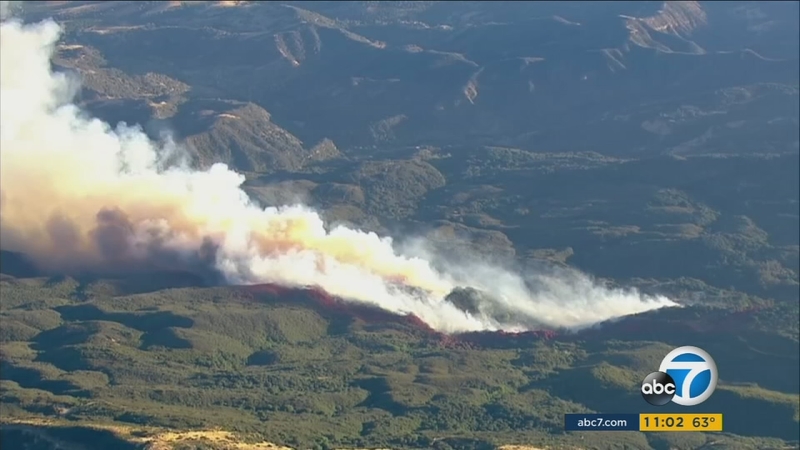 GAVIOTA, Calif. (KABC) -- Evacuation orders have been issued for some canyon areas of Santa Barbara County after a brush fire quickly spread to at least 150 acres.

The mandatory orders were issued for Refugio Canyon, Venadito Canyon and Las Flores Canyon, according to the Santa Barbara County Sheriff's Office.

An evacuation warning was issued for El Capitan Canyon and El Capitan State Beach. People in those areas are warned to start preparing for a possible evacuation.

Reverse 911 calls were made to 235 phone lines in the mandatory and evacuation warning areas.

Evacuation orders were issued after a brush fire spread to more than 150 acres in the Refugio Canyon area of Santa Barbara County.

The Scherpa Fire started around 3:20 p.m. on Refugio Road, near the Scherpa Ranch. It is currently burning on steep, heavy terrain in sundowner wind conditions that push down toward the ocean and make firefighting more difficult, officials said.