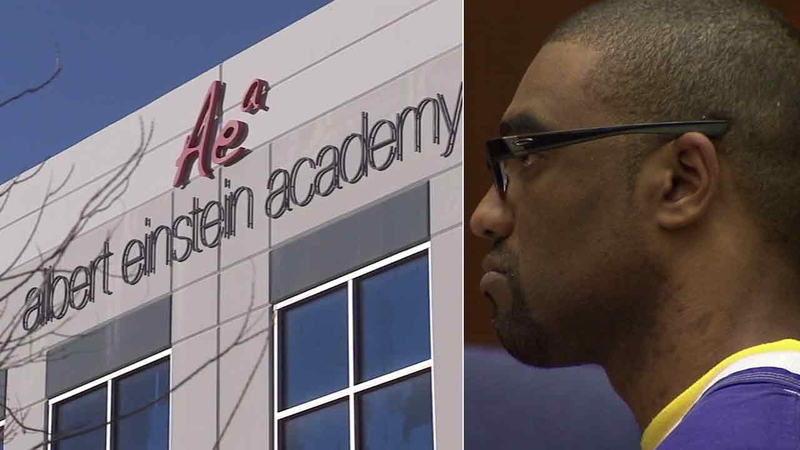 Several of the letters addressed Jackson as "Randy," describing how they invited him in their homes when he first started as a basketball coach at Albert Einstein Academy.

Parents spoke about how their teenage boys suffered nightmares and terrors since that abuse. Siblings described how it affected their relationships.

One family member read a letter written by one of Jackson's victims, describing how the abuse affected his life.

That letter read, in part:

"I saw my relationships with everyone in my family dying. I was convinced for years that my best friends hated me, and forever I won't know if what you told me they said about me was ever true. It felt like not only did you molest me as much as you wanted for your personal pleasure, but you wanted me to break down as a person to the point of suicide so nobody could ever know the truth."

Back in May, Jackson pleaded no contest to nine counts, including one felony count each of continuous sexual abuse, oral copulation of a person under 16 and a lewd act on a child.

Jackson met the boys while working as a basketball coach at Albert Einstein Academy, a public charter school in Santa Clarita, and another school. The Los Angeles County District Attorney's Office declined to name the second school.

In addition to prison time, Jackson was also ordered to register as a sex offender for the rest of his life. The judge also barred him from contacting any of the victims for 10 years.

Jackson had been suspended as a coach at the academy prior to his arrest on Feb. 18, 2015, in Washington, D.C. He has remained behind bars since then.