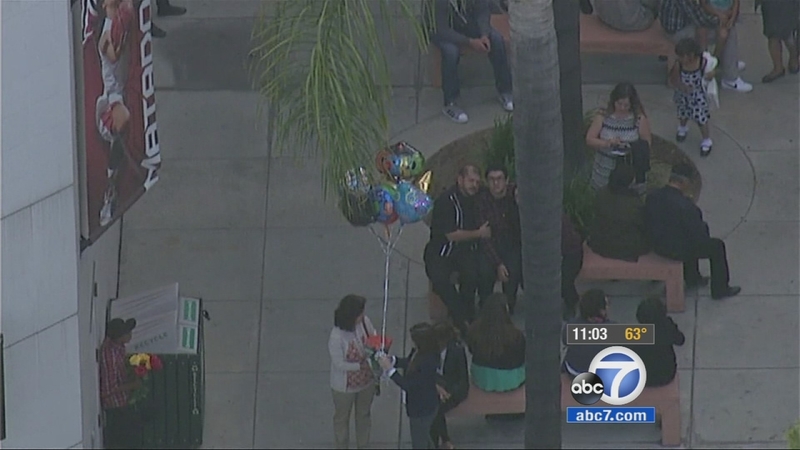 NORTHRIDGE, LOS ANGELES (KABC) -- It was graduation night at Northridge Academy High School, but many families who should have been celebrating were instead upset because they had been locked out of the ceremony.

Nearly 150 people were unable to see their kids receive their diploma and one mother was brought to tears after missing her daughter graduate.

The families were not allowed inside because the auditorium had been filled to capacity and the event was apparently oversold.

Eyewitness News asked the vice principal for a comment on what happened. She said she would get the school's principal, Nidia Castro, to respond, but moments later both left through the back door of the auditorium to avoid answering questions.

"They said, 'We're at capacity, nobody is allowed to come in. That's what it is.' It was just me and about 140 other people," said Demian Vinarsky, the brother of a graduate.

Many people began panicking as the ceremony began and parents scrambled to try and peek inside, but they were not allowed to watch through the small windows in the doors. Newspapers had been taped over the windows.

"How can you do that? For some of these families, it's the only one that's ever graduated high school and you can't get to see it," Vinarsky said.

The high school campus sits on the edge of the campus of California State University, Northridge, and parents believe the university sold their own tickets in addition to the ones sold by the high school.

Other family members believe the tickets may have been counterfeited or that the school printed and sold too many tickets. The school has yet to issue any statement on the situation.