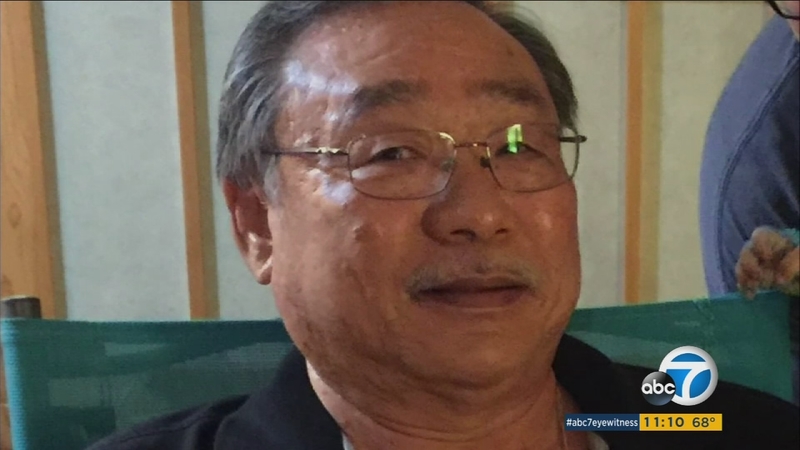 Pasadena family says death of missing grandfather could have been avoided

PASADENA, Calif. (KABC) -- A Pasadena man suffering from possible dementia who had been missing since Friday morning was found dead in a maintenance yard in downtown Los Angeles Monday.

The family of Gerry Sakamoto said if the Los Angeles county sheriff's department would have listened to their concerns about their father's health while in custody, he would still be alive today.

Loved ones said the 71-year-old walked out of his Pasadena home late Thursday night, and he was arrested early Friday morning by the California Highway Patrol on suspicion of driving under the influence following a freeway accident.

"I don't think that he was drunk. I do believe that it was because he hadn't had his medication," daughter Mindy Brink said.

The family said Sakamoto suffered from bipolar disorder and was being evaluated for a possible dementia diagnosis.

Sakamoto's family said he suffered from a number of medical conditions and that they had been actively searching for him when they got the call from the jail.

Gerry Sakamoto's wife, Jane, said when she called the county jail, she was ignored by the operator who told her to call back in six to eight hours.

"If they are told, specifically, that there is a problem...then it needs to be taken more seriously," added Brink.

After a few hours, the family said he was released with no money, no cellphone and they were not notified. That was the last time he was seen alive.

"It's not like we forgot him there. We were listening to their instructions and because of that, you know, they just - without care - let him go."

Los Angeles County Sheriff Jim McDonnell said upon release, Gerry Sakamoto was offered to stay up to 16 hours for relatives to pick him up or to get any services he might need. He added that the incident was "truly a tragedy."

The family was considering filing a lawsuit.