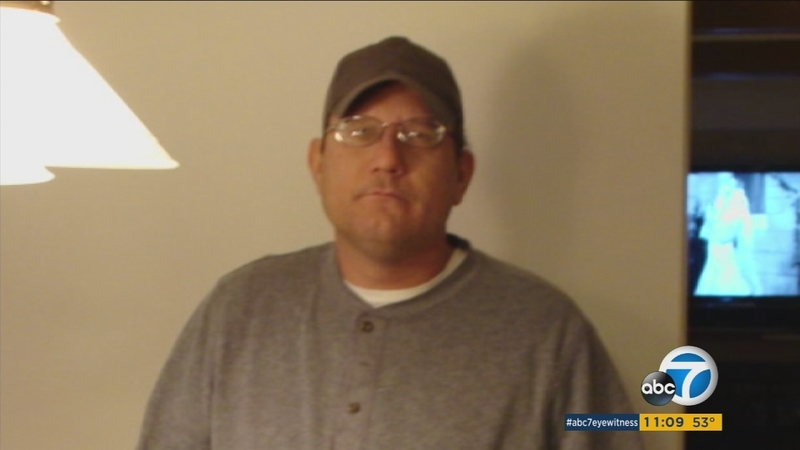 FONTANA, Calif. (KABC) -- Family members are demanding answers after a man was shot to death by Fontana police.

The family of James Hall said he was mentally ill and legally blind, and they dispute the police version of events.

Instead of celebrating his 47th birthday on Wednesday, his family was planning a funeral after a deadly encounter they said should have never happened.

"I just want to know why, why would you kill our brother," Merry James, Hall's sister said. "What they say happened wasn't the brother I've known my entire life, my brother wouldn't hurt anybody."

The deadly officer involved shooting happened just after 4 a.m. on Sunday the Chevron gas station located at the intersection of Sierra and Slover avenues.

Police said they received a 911 call of a possible armed robbery.

When they arrived, officers said they found the 46-year-old man outside armed with a knife and large rock.

Police said Hall ran inside the store when officers arrived at the scene.

"They entered the store, spoke to the armed subject trying to get him to surrender. At that point he did approach the officers and moved towards them and an officer involved shooting did occur," Lt. Robert Morris with the Fontana Police Department said.

The deadly encounter was apparently captured on store surveillance cameras, but Fontana police are not releasing the video pending an investigation by the San Bernardino County Sheriff's Department.

"There was no reason for this to happen, non whatsoever. The history of this, our preliminary investigation shows that this was just a complete and utter failure of the criminal justice system," Mark Geragos, attorney representing the family of Hall, said.

Hall's family is demanding a full independent investigation and that they be given access to the surveillance video to see what happened inside the store.
Related topics:
fontanasan bernardino countypolice shootingofficer involved shootingchevron
Copyright © 2021 KABC-TV. All Rights Reserved.
RELATED 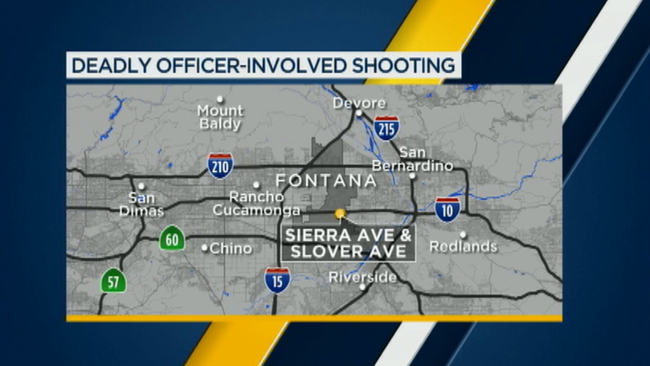