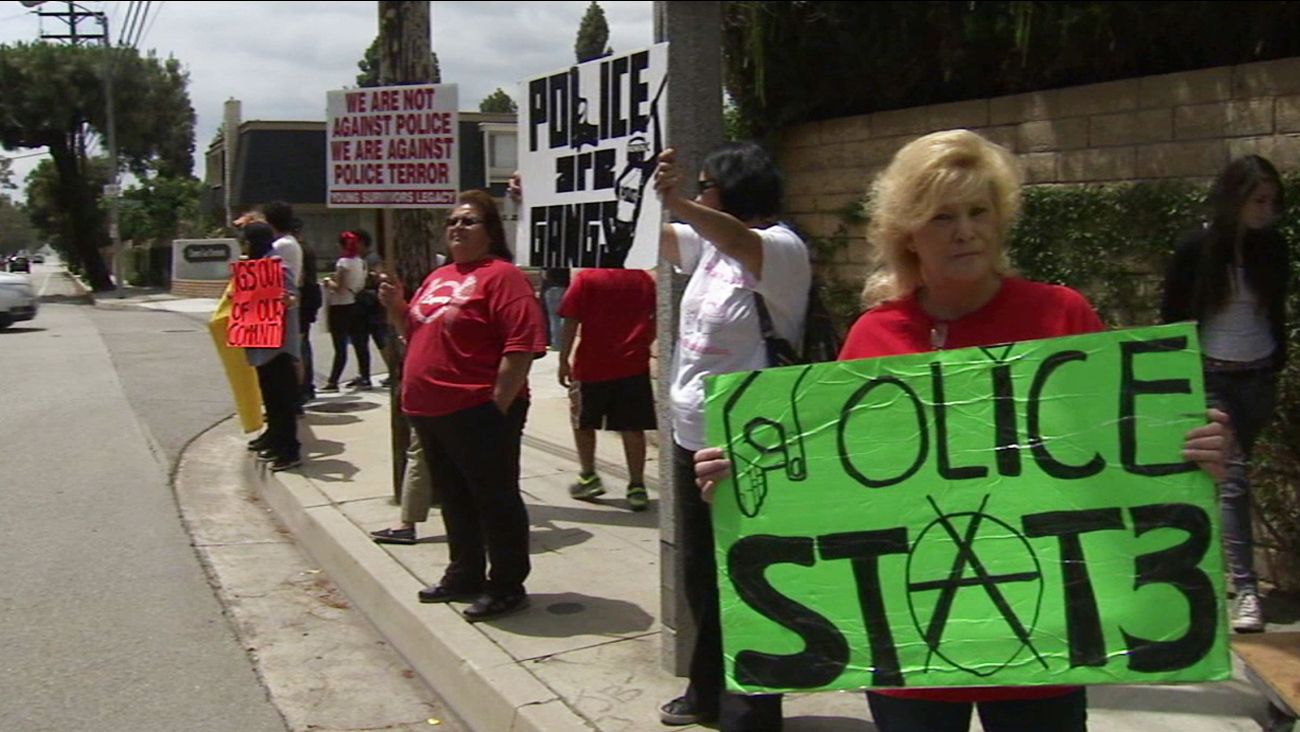 Community members held a march in the 17200 block of Pires Avenue in Cerritos Sunday, May 17, 2015 in connection to the fatal shooting of 21-year-old Nephi Arriguin.

Sheriff's deputies investigate a fatal deputy-involved shooting in the 17200 block of Pires Avenue in Cerritos Thursday, May 7, 2015.