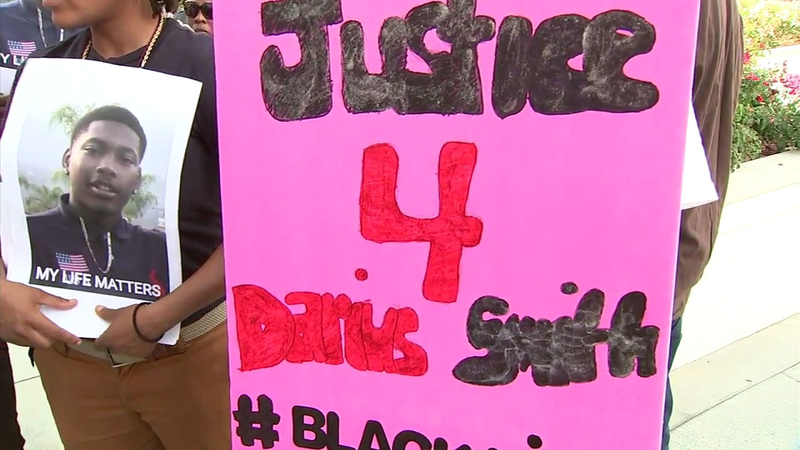 ARCADIA, Calif. (KABC) -- The family of a 15-year-old boy who was shot and killed in a suspected robbery attempt by an off-duty customs agent said they don't believe the narrative.

Darius Smith was with two 14-year-old friends at First Avenue and Colorado Boulevard in Arcadia Friday night. An off-duty U.S. Customs and Border Patrol agent said the teens attacked him from behind.

The agent, who works in San Francisco but lives in Arcadia, said he was hit in the head while one of the teens tried to rob him at gunpoint. The off-duty agent fired his gun to defend himself, according to authorities, and struck two of the teens.

Darius was hospitalized and died the next morning, while the other teen was injured. The third teen, who was not hit, fled the scene on foot and was later taken into custody.

Smith's family wants the officer, who was not arrested, to face criminal charges.

"Darius Smith was executed. He was not in the midst of a robbery. He was shot twice in the legs first. (He fell) and his shooter got over him and shot him three times in the chest. That's murder. That's not subduing the robbery," attorney Lee Merritt said.

He and members of Black Lives Matter said young black men are often portrayed as criminals and that is not the case, especially in Darius' situation.