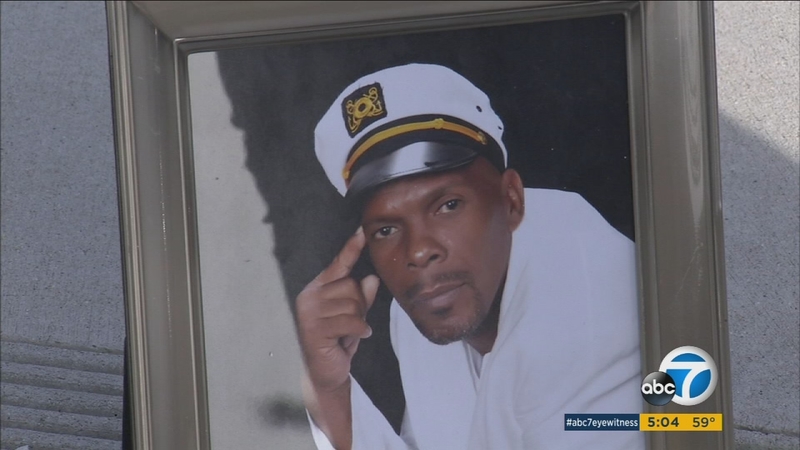 LOS ANGELES (KABC) -- A 51-year-old man is in critical condition after being shot multiple times while he was driving down the street, which caused him to crash in Crenshaw Monday morning.

Andre Curtis's daughter was devastated after hearing about what happened to him. Family and friends said he doesn't have any known enemies and could not think of anyone who would want to hurt him.

"I don't understand," his brother James Edward Curtis said. "Andre wasn't a saint but he was Andre. He did things for the kids and different stuff. I know he was in jail with some people. I'm not shooting nothing out there. I don't know."

One friend said Curtis borrowed his mother's car and they became concerned when he hadn't returned home or answered his phone.

Police said shots were fired around 10:30 a.m. about two blocks from where Curtis crashed into a parked car in the 3800 block of Buckingham Road.

Detective Vic Acevedo said Curtis suffered multiple gunshot wounds to his upper body and neck as he was heading southbound down the street.

Authorities said a Good Samaritan stopped to help. Police then went door to door in the South Los Angeles neighborhood looking for any information on a motive or suspect.

Curtis is a father of two and his family isn't sure if he was a target or if it was just a random shooting.

He underwent surgery at the local hospital, family members said, but there was no update on his condition.