Father wanted for questioning in murder of 6-month-old son, child's mother in Anaheim 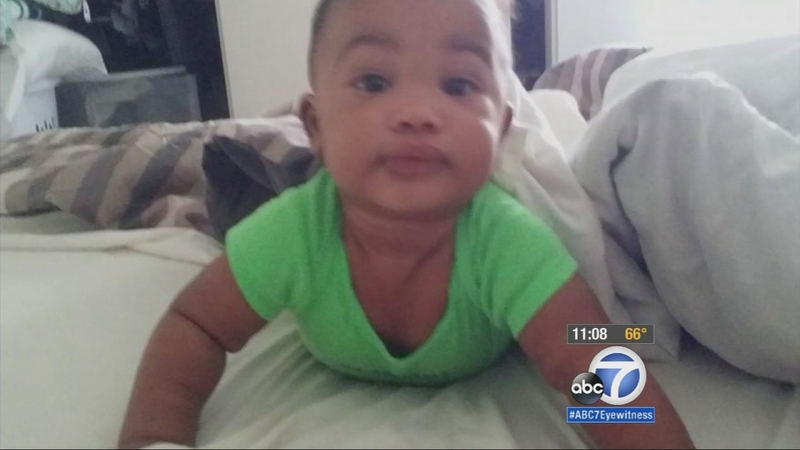 ANAHEIM, Calif. (KABC) -- A 24-year-old man is being sought for questioning in connection to the murder of his 6-month-old son and his child's mother in Anaheim.

Police responded to a report of a felony assault in progress at the Kimberly Terrace Apartments in the 2600 block of W. Ball Road at about noon Monday.

Upon their arrival, they found a woman in her mid-20s and an infant suffering from serious injuries. The woman was pronounced dead at the scene. The boy was transported to a local trauma center, where he succumbed to his injuries. Their cause of death has not been determined.

"They rushed that baby away, and it was a pretty horrific scene because the baby was pretty bloodied up," said Kyle Elsbernd.

Witnesses told Eyewitness News it looked like the infant had been stabbed multiple times, and others described seeing a man running from the scene.

"I was just really afraid at that time cause you don't know if he could go inside one of our houses and hurt any of us," Alex Valadez said.

Anaheim police have identified Kwame Carpenter as a person of interest. He was described as an African-American male, 6-foot-1 inch tall, 150 pounds with short black hair, and was last seen in gray shorts and a T-shirt. He may be driving a 2001 black Lincoln Town Car Signature with California license plate 19990N1.

No further information was immediately available. Anyone with information on Carpenter's whereabouts was urged to contact the Anaheim Police Department immediately.