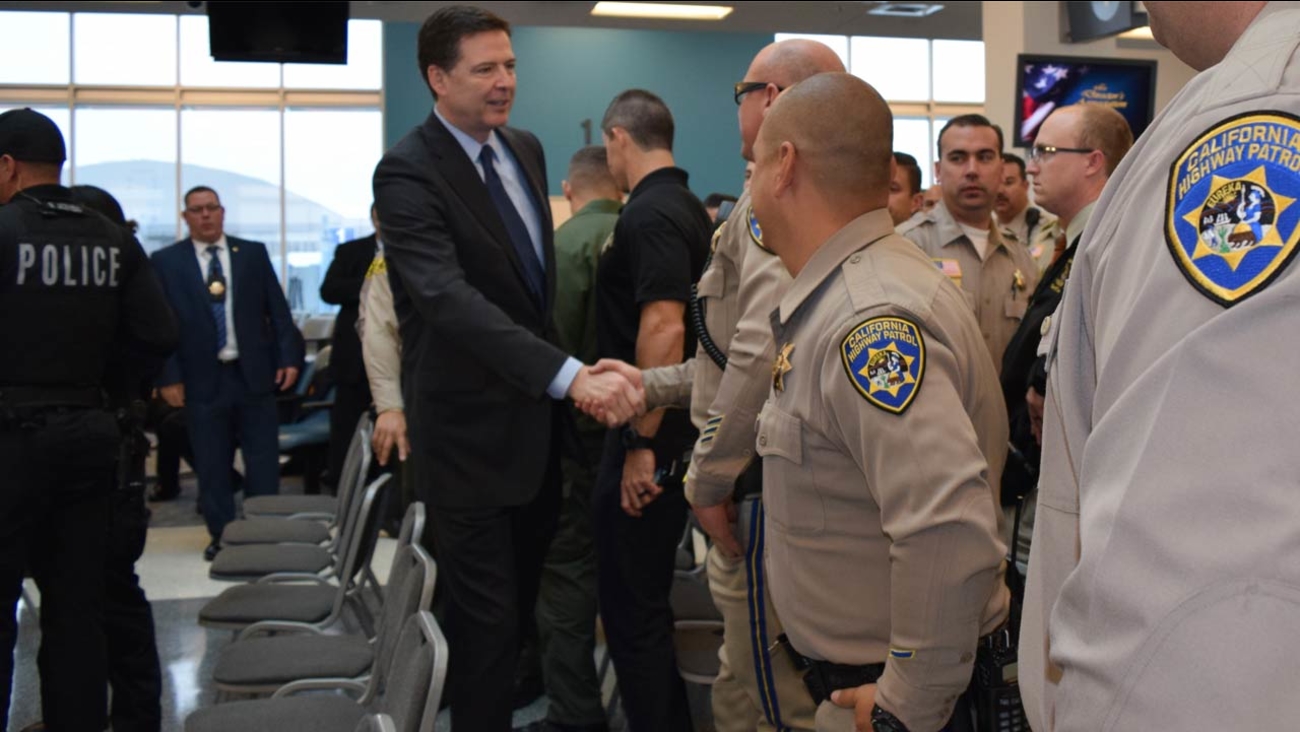 Director James Comey and David Bowdich, assistant director in charge of the FBI's Los Angeles Field Office, met with federal and local investigators who responded to and are investigating the Dec. 2 shootings that claimed the lives of 14 people.

"Our hearts continue to ache for the families and friends who were so violently robbed of loved ones on the morning of Dec. 2 and for the surviving victims," Comey said. "While we can't undo this cowardly act and the impact it's had on the victims, the community of San Bernardino and the nation, the FBI and our skilled partners offer our full support now and in the days ahead, and our commitment to work tirelessly to prevent such attacks in the future."

In addition to the 14 people killed, 22 others were injured when shooters Syed Farook and his wife Tashfeen Malik opened fire during a holiday banquet at the Inland Regional Center.