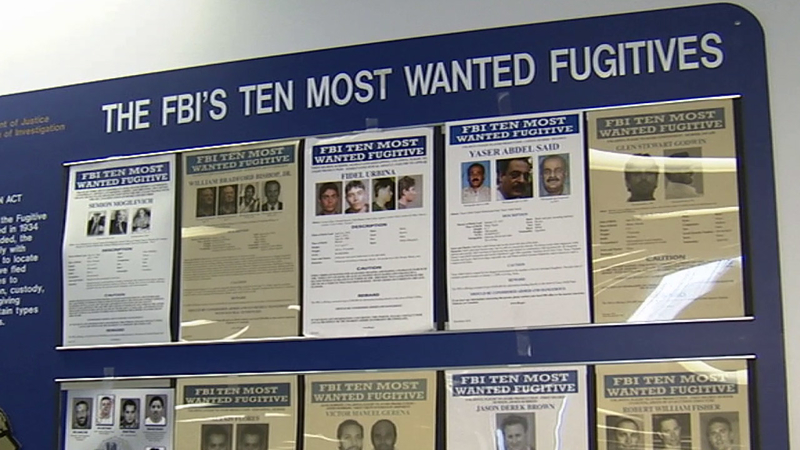 LOS ANGELES (KABC) -- Some of America's most wanted criminals are living in Southern California neighborhoods, but the FBI Fugitive Task Force will find them.

Special Agent Scott Garriola goes after the most wanted criminals in the country, many of whom hide out in the Southland.

"On a weekly basis we're chasing an all-star team of jerks who are wanted for mostly murders, attempted murders, rapes," he said.

Garriola heads up the task force, which is known for bringing in some of the most notoriously tough-to-find criminals, such as former mob crime boss and convicted murderer Whitey Bulger. Bulger was finally found living in an apartment complex in Santa Monica.

For years, Garriola tracked down leads on Bulger, but none led anywhere. Then, the FBI tried a different tactic by concentrating on his girlfriend Catherine Greig. Officials knew if they found her they would find him and it paid off.

"Then, you know one day I get a call, and within 10 hours we have him in custody. That's a freak when you have a case like that - that high-profile wrapped up that quickly," he said.

Some criminals, like Jose Luis Saenz, are harder to find. Saenz has been on the run for 12 years and is constantly changing his appearance. He's used 25 different aliases and even tried to alter his fingerprints. But in the end, the FBI task force found him hiding in Mexico.

The task force also tracked down fugitive ex-Los Angeles Police Department Officer Henry Solis, who fled to Mexico after being suspected of murdering a man during a bar fight. Surveillance photos showed him and his father crossing the border in El Paso, which is how the task force was able to finally bring him back into the U.S.

Garriola said while many criminals go to Mexico or Central America to hide, Southern California is an easy destination for them to run. For others, Las Vegas is a straight shot on the 15 Freeway.

William Vasques was wanted for as many as 20 homicides, two of which date back to 2002 when he shot several people at a party at the moose lodge in Santa Monica. The FBI found him hiding in an apartment building in the Rampart area.

Vasquez was extremely violent and a member of the notorious 18th Street Gang.

Right now, the task force is on the hunt for former Glendale police officer Arthur George Crabtree, who is convicted of sexual assault of a minor. He is now facing new charges of possession of child pornography.

"Before he could be brought to justice, he fled. We believe he's somewhere in either Mexico or Central America," Garriola said.

Task force agents have a huge caseload. It may take weeks, months or even years, but the agents never give up in their quest to bring criminals to justice.
Related topics:
southern californiamexicofugitive arrestfbimost wanted
Copyright © 2021 KABC-TV. All Rights Reserved.
More Videos
From CNN Newsource affiliates
TOP STORIES