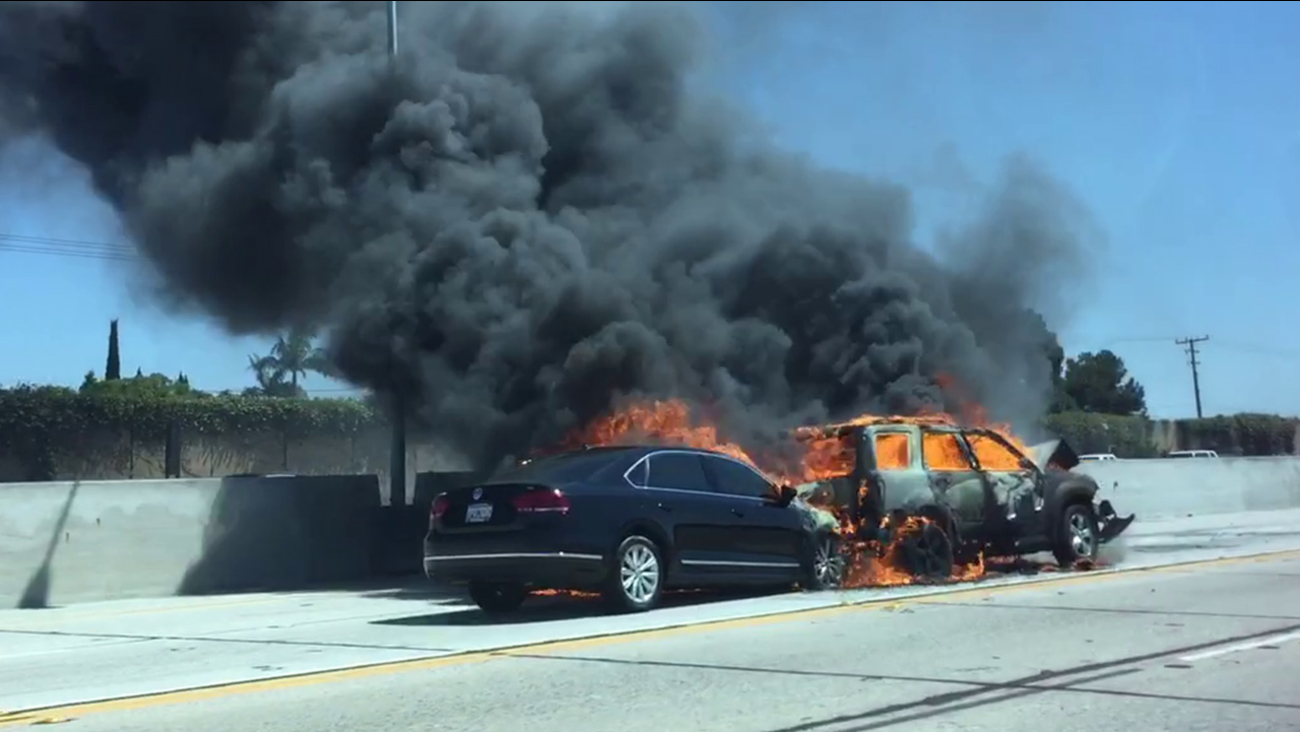 A fiery crash on the southbound 405 Freeway near the 22 Freeway was caught on video by an Eyewitness News viewer on Aug. 8, 2015.

By the time officers arrived on scene, two cars were fully engulfed in flames and smoke could be seen for miles. The other two cars safely pulled over to the right side of the freeway.

The fire was so hot, it cracked and scalded the concrete. Caltrans was called to patch the freeway.