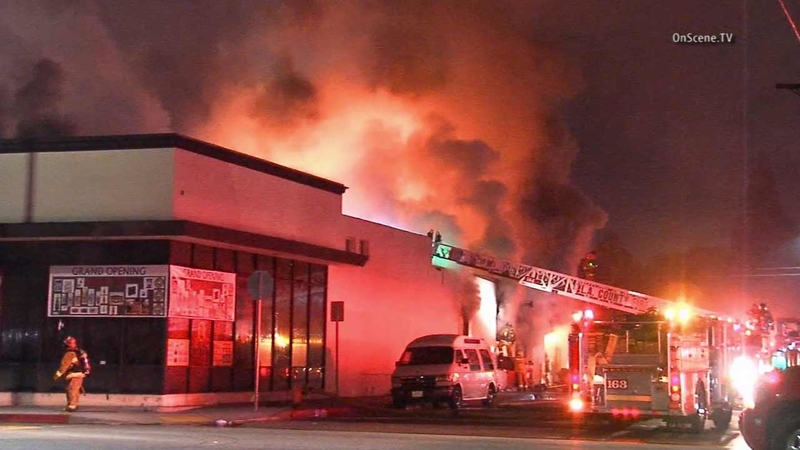 The blaze was reported at a discount dollar store near E. 57th Street and Pacific Boulevard at about 3:30 a.m.

Responding firefighters found heavy flames shooting from the building and burning through the roof. The roof collapsed about an hour later.

Employees working inside the store, which was closed at the time, were immediately evacuated.

"As we were walking down here, we could feel the heat of the flames, how strong it is. We could actually smell the thick air as well," witness Malik Jibawi said, who was eating at a nearby NORMS restaurant.

A total of 85 firefighters from the L.A. County, Vernon and Huntington Park fire departments worked to contain the blaze.

Two neighboring businesses were also damaged by the fire. No injuries have been reported.

The cause of the fire remained under investigation Wednesday morning and a damage estimate was not available.