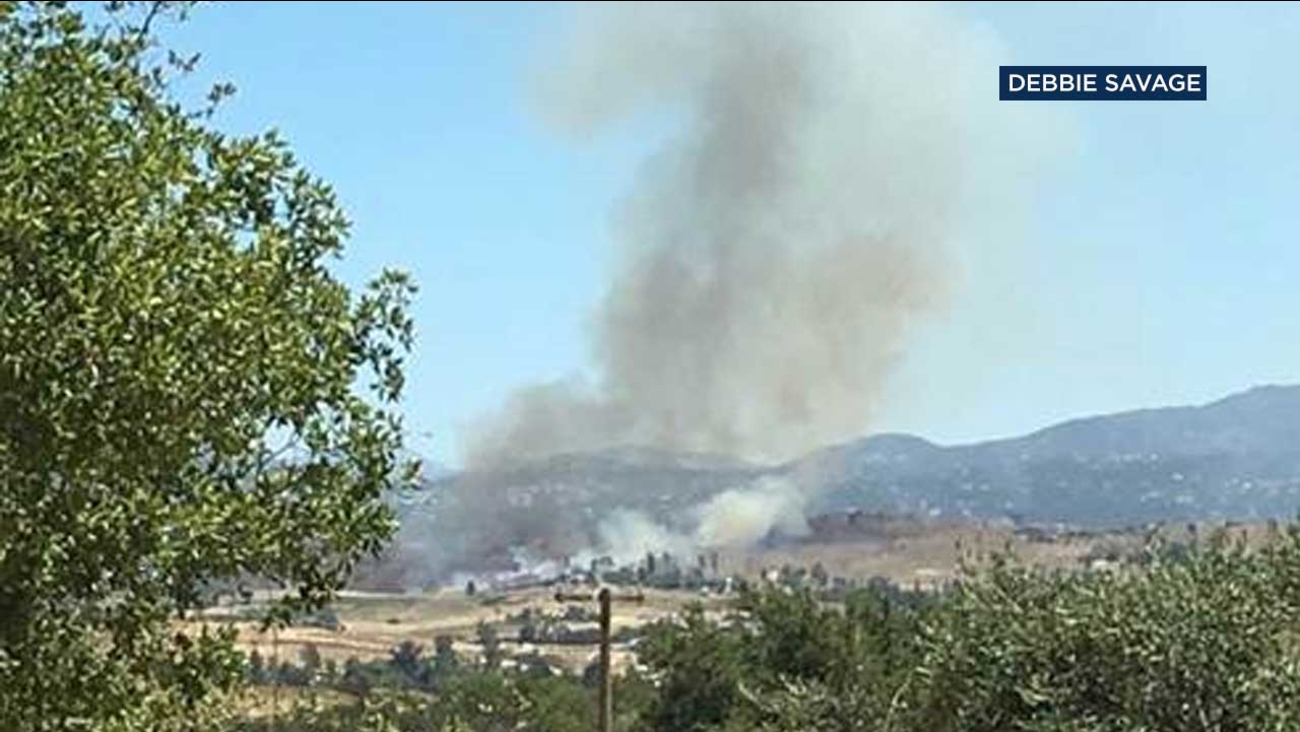 Smoke rises from a vegetation fire in an unincorporated area of Temecula on Tuesday, June 13, 2017. (Debbie Savage)

When firefighters first arrived on the scene around noon Tuesday, the blaze had only spanned 3 acres, but it quickly spread to 20 acres and then 33 as crews worked to contain the blaze.

By 5 p.m., firefighters were able to stop the forward movement of the blaze, and the fire was 75 percent contained.

Fire officials called four crews with a total of 145 firefighters to the scene as well as air crews to get the blaze under control.

According to fire officials, no evacuations were triggered by the fire and there were no immediate reports of property damage.
Report a correction or typo
Related topics:
temeculariverside countybrush firefirefirefighters
Copyright © 2021 KABC-TV. All Rights Reserved.
More Videos
From CNN Newsource affiliates
TOP STORIES