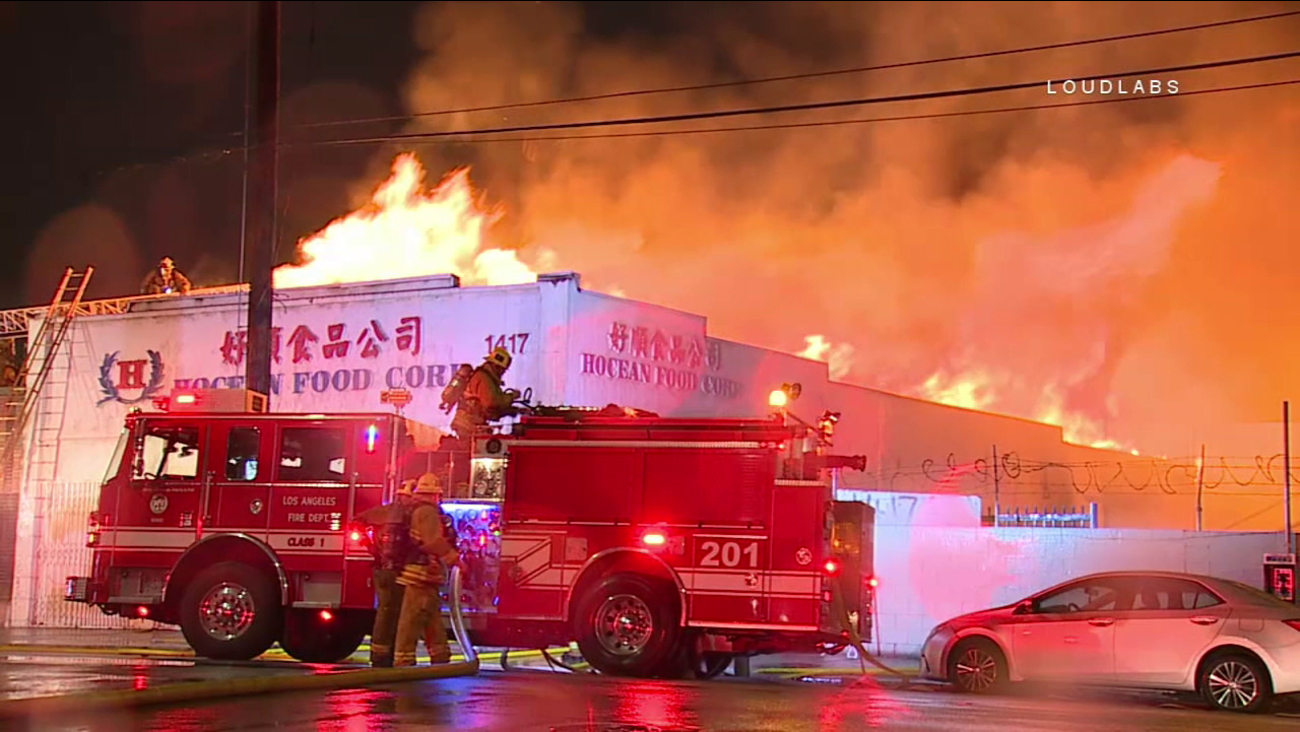 Los Angeles firefighters responded to the scene of a dramatic fire in Chinatown on Wednesday, Jan. 11, 2017. (Loudlabs)

About 75 firefighters began arriving at the unoccupied structure in the 1400 block of Main Street just after 12:30 a.m., the Los Angeles Fire Department said in a news release.

News video from the scene showed an inferno and massive plumes of smoke rising from the roof of the Hocean Food Corp. LAFD personnel initially launched a defense operation and poured water on the building from outside.

Firefighters were ordered to stay at least 20 feet away from the exterior walls after the incident commander warned that parts of the structure were showing signs of possible collapse.

Department of Building and Safety officials were summoned to the location to assess the structural integrity of the building.

The blaze was knocked down in one hour and eight minutes, according to Erik Scott, spokesman for the fire department. No one was injured.