Shortly before 4 p.m., fire officials said the fire charred 300 acres, but was 50 percent contained. On sunday night, that figure was estimated to be around 500 acres with no containment. 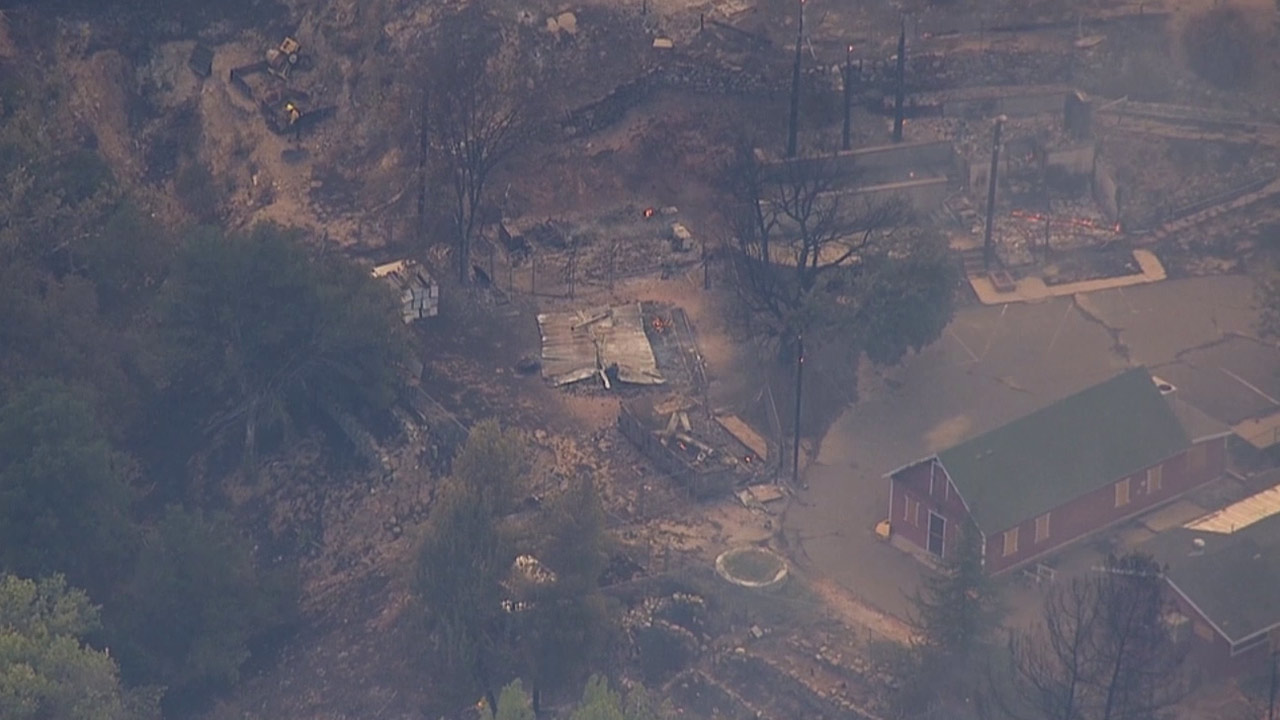 PHOTOS: Acres burned, buildings destroyed in Castaic brush fire
Los Angeles County firefighters battled a fast-moving brush fire that burned structures in the Angeles National Forest in Castaic Sunday afternoon.
The blaze burned much of a former rehabilitation to the ground, just off Lake Hughes Road. The facility had been abandoned for a few years. A total of six structures were either damaged or destroyed by the flames.

Fortunately, firefighters say the flames are now laying down.

"The fire hasn't moved much during the evening. We do have hand crews constructing hand lines, we have dozers out there putting contingency lines, and we also have engines that are putting down hose lays to control the fire," Medrano said.

The cause of the fire was under investigation.
Related topics:
castaicsanta claritalos angeles countybrush firefire
Copyright © 2020 KABC-TV. All Rights Reserved.
RELATED 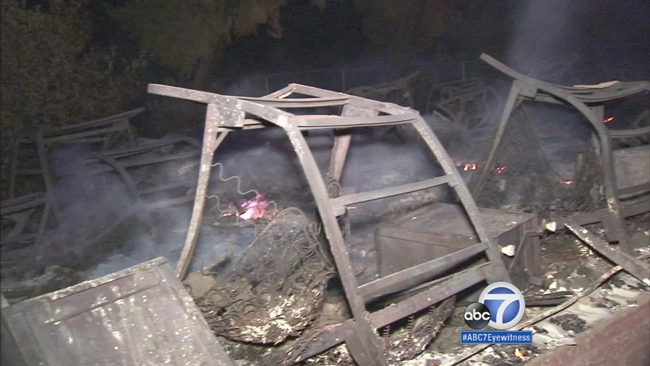