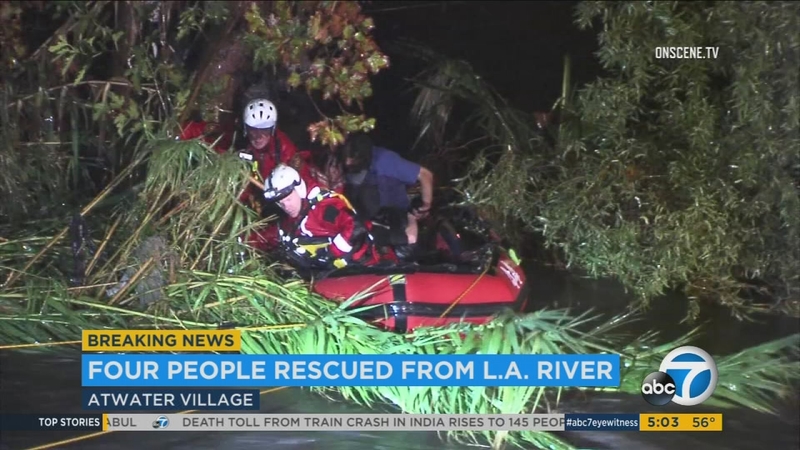 The rescue operation began at about 2:42 a.m. about a 1/2 mile north of the Los Feliz Boulevard bridge, after the group became stranded on a small island in the river, according to the Los Angeles Fire Department.

More than 100 ground and air personnel responded to the scene, where two men and two women used flashlights to signal their location. Believed to be transients, they were helped into a raft and ferried across the river to safety.

The patients were then assessed by paramedics, who determined they were uninjured, the Fire Department said. They were transported to hospitals as a precautionary measure.

"It's recognized that people live in this area," said Capt. Daniel Curry, "and for whatever reason those people chose to ignore those warnings."

A helicopter team hoisted a man out of the L.A. River near the 710 Freeway at about 11:30 p.m. after he was found clinging to the side of a bridge.