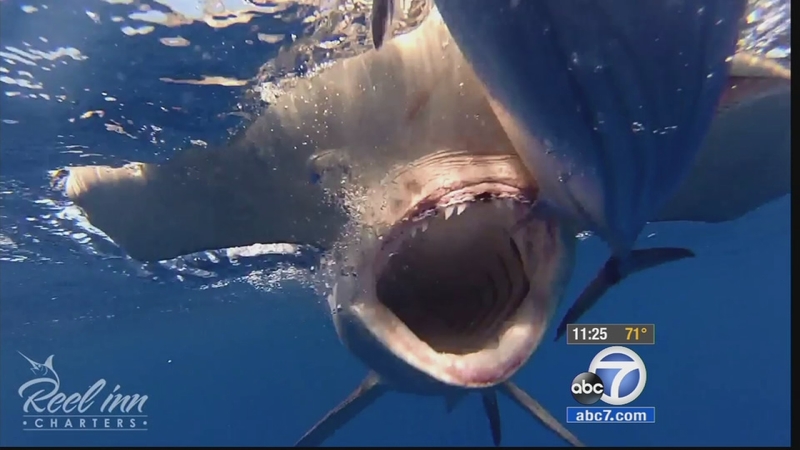 DANA POINT, Calif. (KABC) -- A hungry hammerhead shark surprised fishermen 10 miles off the coast of Dana Point, and the incident was caught on a GoPro camera.

The fisherman were catching tuna when the hammerhead decided to get in on the action. It stole several fish from the fishing lines.

Cal State University Long Beach professor Chris Lowe, who is also the director of the school's shark lab, says warm water is drawing more sharks, including hammerheads, off the coast of Southern California.

Lowe has been tracking the migration of great white sharks with underwater video systems and robots.

He sees a pattern emerging. Unlike previous years, the great whites have not been swimming south to spend the winter in Baja California. Instead, water temperatures along the California coast even north of Los Angeles are warm enough for the sharks and the varieties of sea life they feed on.