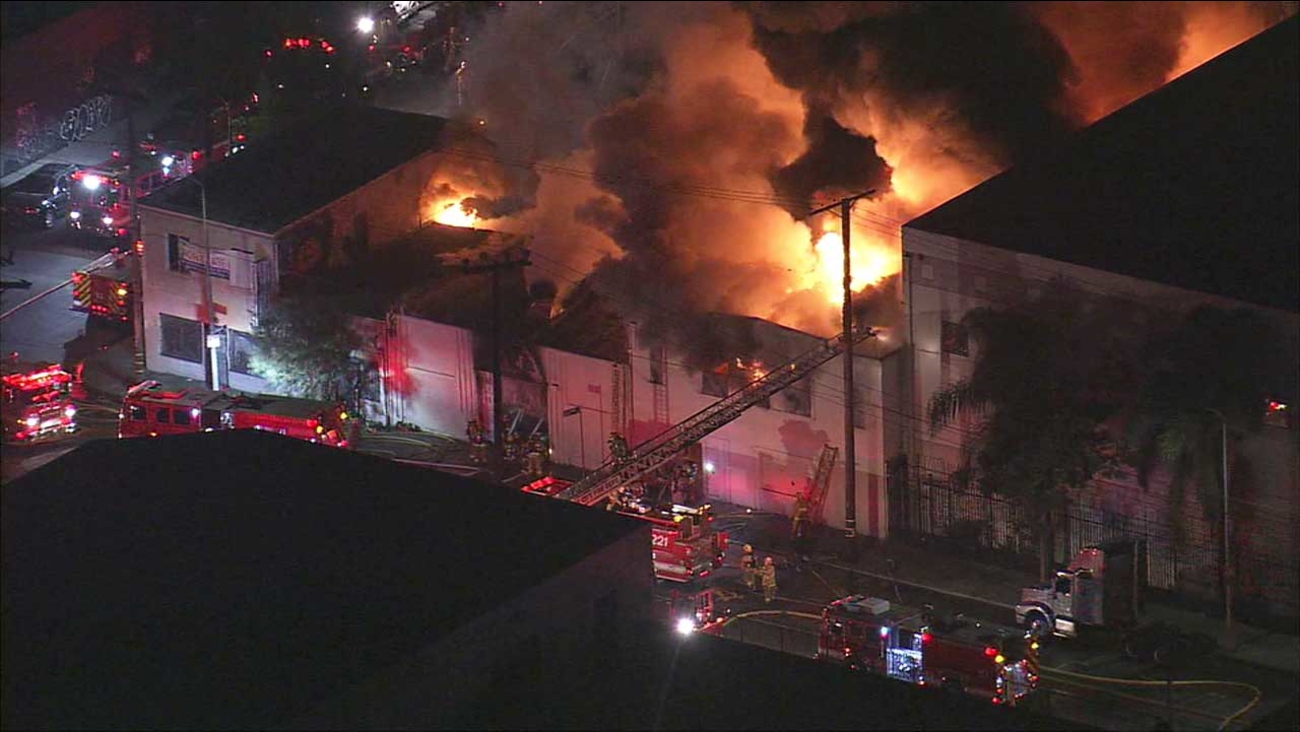 A commercial building was engulfed in flames at Washington Boulevard and McGarry Street in Los Angeles on Friday, Dec. 11, 2015. (KABC)

The greater-alarm building fire was reported around 5:30 a.m. Firefighters took a defensive stance to keep the flames from spreading to adjacent structures.

Nearly 120 firefighters battled the flames for approximately one hour. The blaze was declared knocked down around 6:20 a.m.

A rescue ambulance was called to the single-story building but fire officials said there were no injuries.