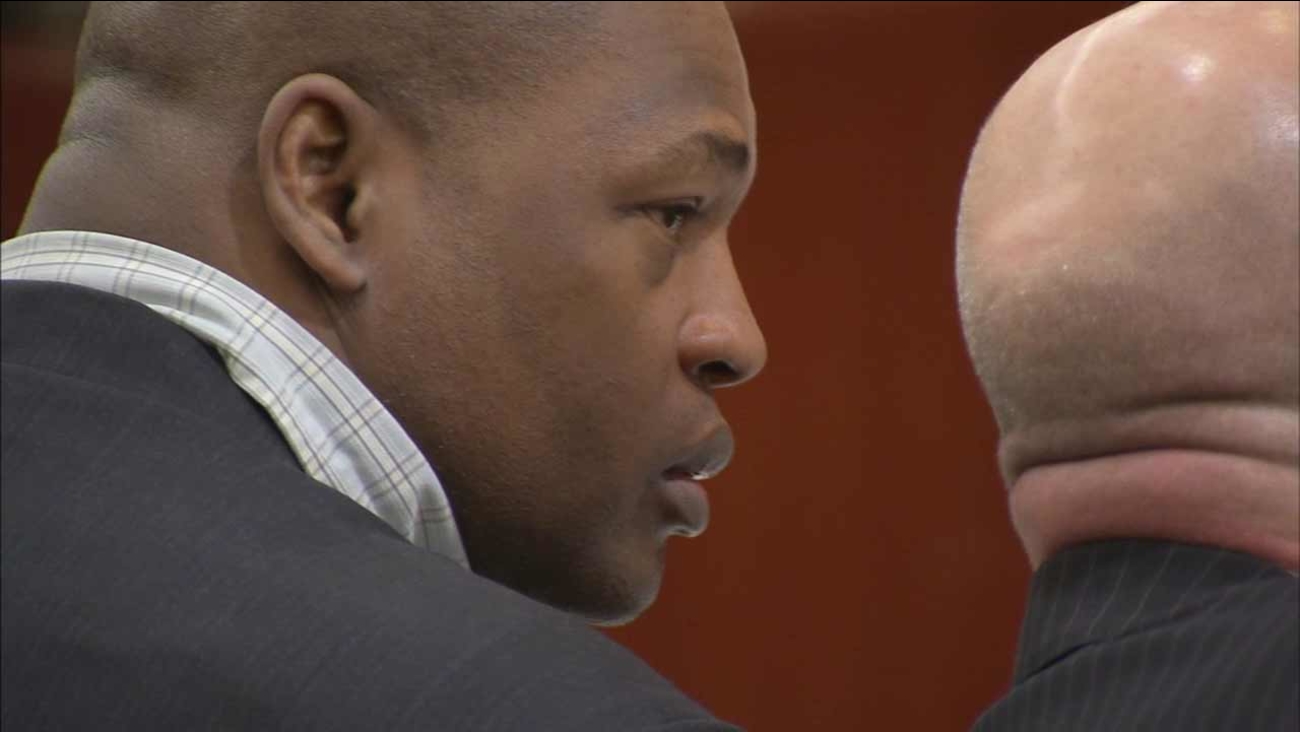 KABC
LANCASTER, Calif. (KABC) -- Former Raiders defensive end Anthony Wayne Smith was convicted Thursday of the murders of three people, but a mistrial was declared by a Southern California jury on a fourth count.

Anthony Wayne Smith, 48, is accused of killing four men over the span of nearly a decade. Smith is convicted of shooting and killing Kevin and Ricky Nettles on Nov. 10, 1999, and stabbing Dennis Henderson to death on June 25, 2001.

Jurors deadlocked over the Oct. 7, 2008, shooting death of Maurilio Ponce, which led to the declaration of a mistrial.

Although jurors also found true special circumstance allegations of multiple murders and torture, prosecutors are not seeking the death penalty.

The sentencing, along with a hearing on whether prosecutors plan to re-try Smith for the Ponce killing, was set for Dec. 21.

Questions arose about the jury's handling of the verdict in the Ponce killing, with one panelist sending a note saying the jury was unable to reach a unanimous verdict on the first-degree murder charge.

After discussion with attorneys and the jury, Judge Daviann L. Mitchell declared a mistrial on that count.

Smith's attorney, Michael S. Evans, said he plans to file a motion for a new trial.

A previous jury also deadlocked in April 2012 on the murder charge involving the death of Ponce, who was found dead near the Antelope Valley poppy fields, about 11 miles west of Lancaster. While he was awaiting retrial, Smith was charged with the other three killings.

The Nettles brothers were found with their heads wrapped in duct tape. Ricky Nettles' stomach had been branded with a burn in the shape of a clothing iron, according to testimony during Smith's preliminary hearing.

Smith faces a maximum of life in prison without the parole.

The former defensive end played for the Los Angeles and Oakland Raiders between 1991 and 1997.