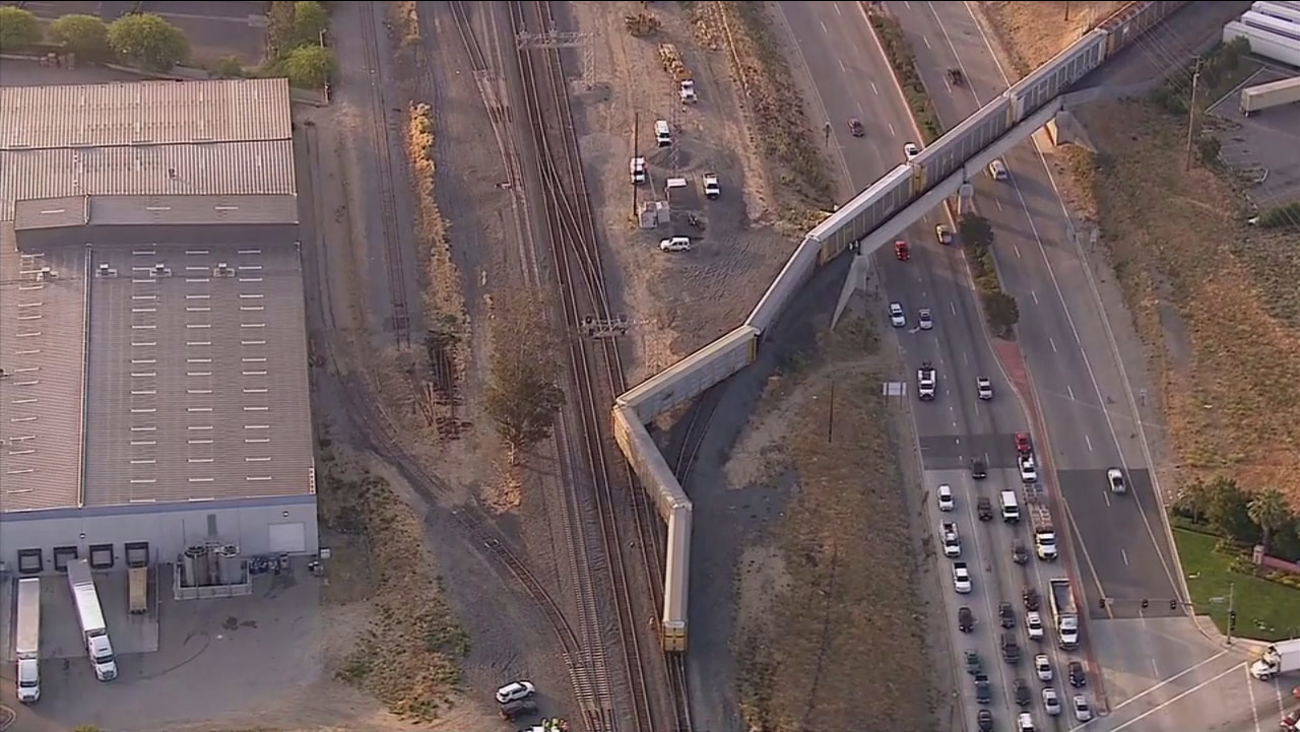 A freight train derailed near Mira Loma in Riverside County Tuesday, May 19, 2015.

According to Union Pacific, the train "derailed six loaded auto racks" in the area of Etiwanda Avenue and Van Buren Boulevard at 3:20 a.m. The train cars remained upright.

The cause of the derailment has not been determined.

The train was headed to Mira Loma from Arlington, Texas.

Metrolink reported delays on its Riverside line due to the derailment.