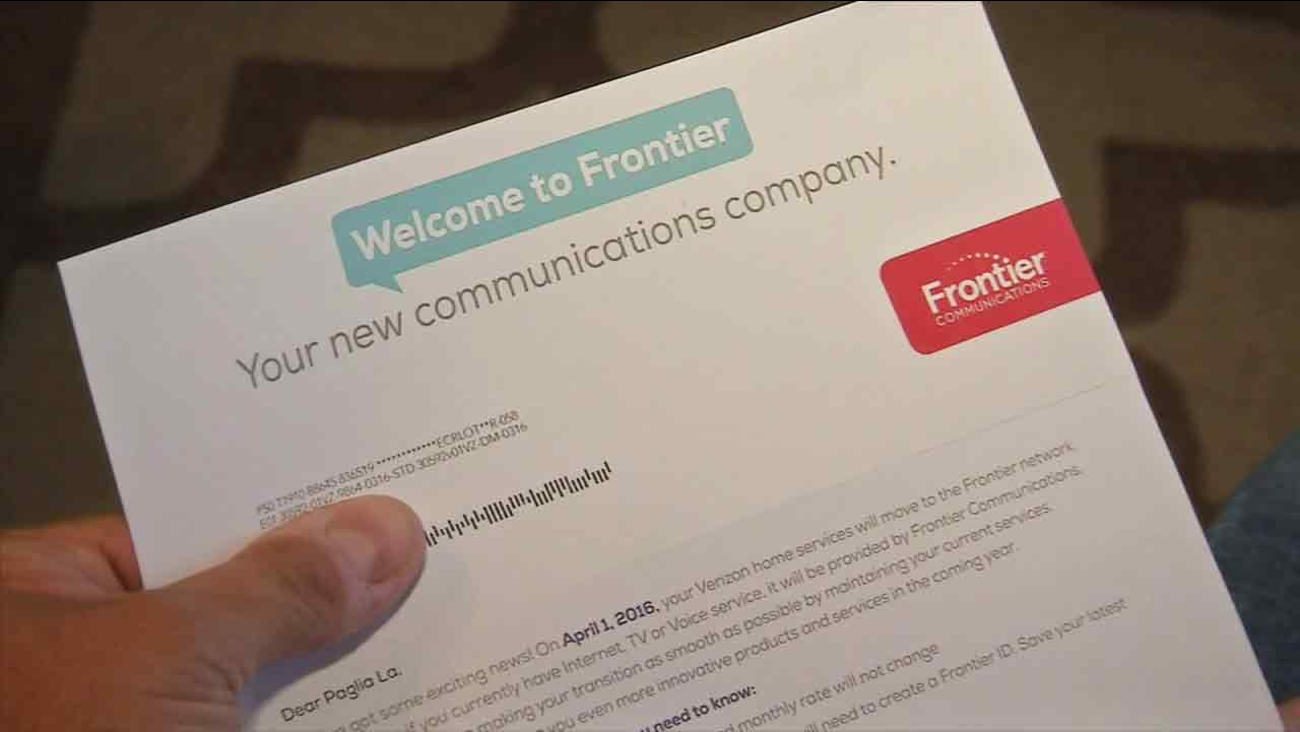 An angry customer holds a letter that states his Verizon home services have moved to the Frontier Communications network.

CHINO, Calif. (KABC) -- One man in the Inland Empire is saying "enough is enough" after a recent change to his TV, internet and phone provider.

Vincent Lapaglia said it started with his Video on Demand movies, then his Wi-Fi going in and out and now his landline and security system. The angry customer said the issues began when Frontier Communications took over Verizon Fios in early April.

Lapaglia said his main concern is the safety of his kids.

"Like I said, my alarm won't activate if the house burns down. I have issues with cellphone coverage because of the airport for some reason, and if anything happens, I can't call the fire department because my phone doesn't work."

The upset customer called Eyewitness News to get some help. He said he's called Frontier Communications' customer service multiples times, and when he finally gets through to a representative, they promise to send out a technician but that person never shows up.

To make matters worse, the family is still trying to heal from a big loss. Lapaglia's wife, Jennifer, passed away after a battle with cancer last year, and one of the ways the family keeps her memory alive is with a phone message tied to their current landline service.

Lapaglia said he saved the recording, but wants to keep it as a greeting and doesn't want to have to change his service.

After Eyewitness News contacted the telephone company, Frontier Communications released a statement saying they are working on fixing service issues as they continue the move.

The statement read in part: "Frontier Communications is in the process of completing the transition of over one million voice, video, data and FiOS customers in California to the Frontier network. We are working quickly to restore any service issues. We apologize for any inconvenience and thank you for your patience. If any of your viewers are expressing concern over Video on Demand (VOD), please let them know VOD content has been available since Saturday, April 2..."