KABC
By John Gregory
DOWNTOWN LOS ANGELES (KABC) -- Mayor Eric Garcetti laid out his vision for Los Angeles in his State of the City address at City Hall on Thursday.

Garcetti directly addressed the city's ongoing relationship with the Trump administration over the contentious issue of illegal immigration.

"The LAPD will never act as a federal immigration force," Garcetti said, promising that other city agencies would follow suit.

"We want people in this city to earn legal wages, pay taxes and start businesses," Garcetti contended, despite President Donald Trump's threats to cut federal funding to cities that act as havens for undocumented immigrants.

Garcetti said he was heartened to see Los Angeles residents rushing to airports to offer services to travelers waylaid by Trump's executive order that sought to temporarily block immigrants from entering the United States.

The mayor also openly clashed with the Trump administration on its approach to climate change, vowing that Los Angeles would adhere to the 2015 Paris Climate Accord even if the White House withdrew the rest of the country from the agreement.

"D.C. may not think that environmental justice matters, but for us it's a fundamental value," Garcetti said.

Another key point of the mayor's address was the city's ongoing crisis with homelessness and a recently passed measure that will provide more funding for affordable housing.

Garcetti called homelessness in Los Angeles "the moral issue of our time," announcing a budgeted $176 million to combat the issue through several initiatives over the next two years.

"People are moving here, that's the good news," Garcetti said. "We have more jobs today than at any time in our history."

"I want a future where no one is crushed by the cost of rent," Garcetti said. 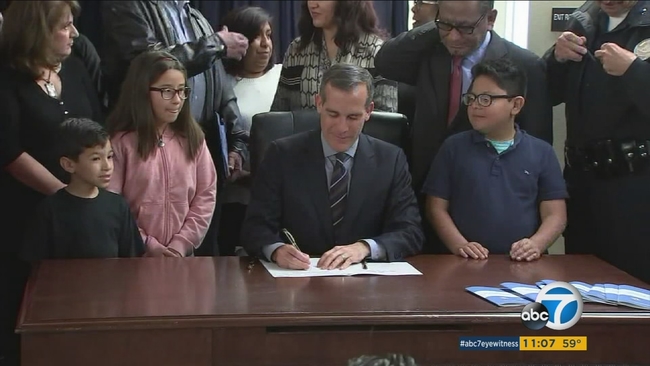 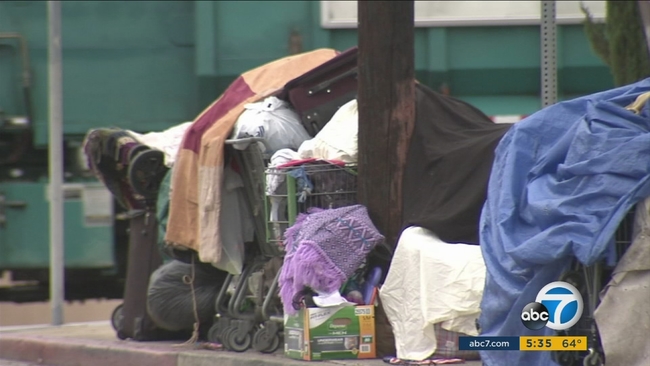 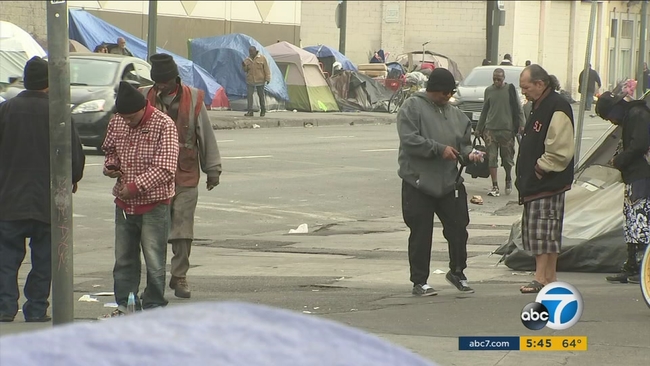