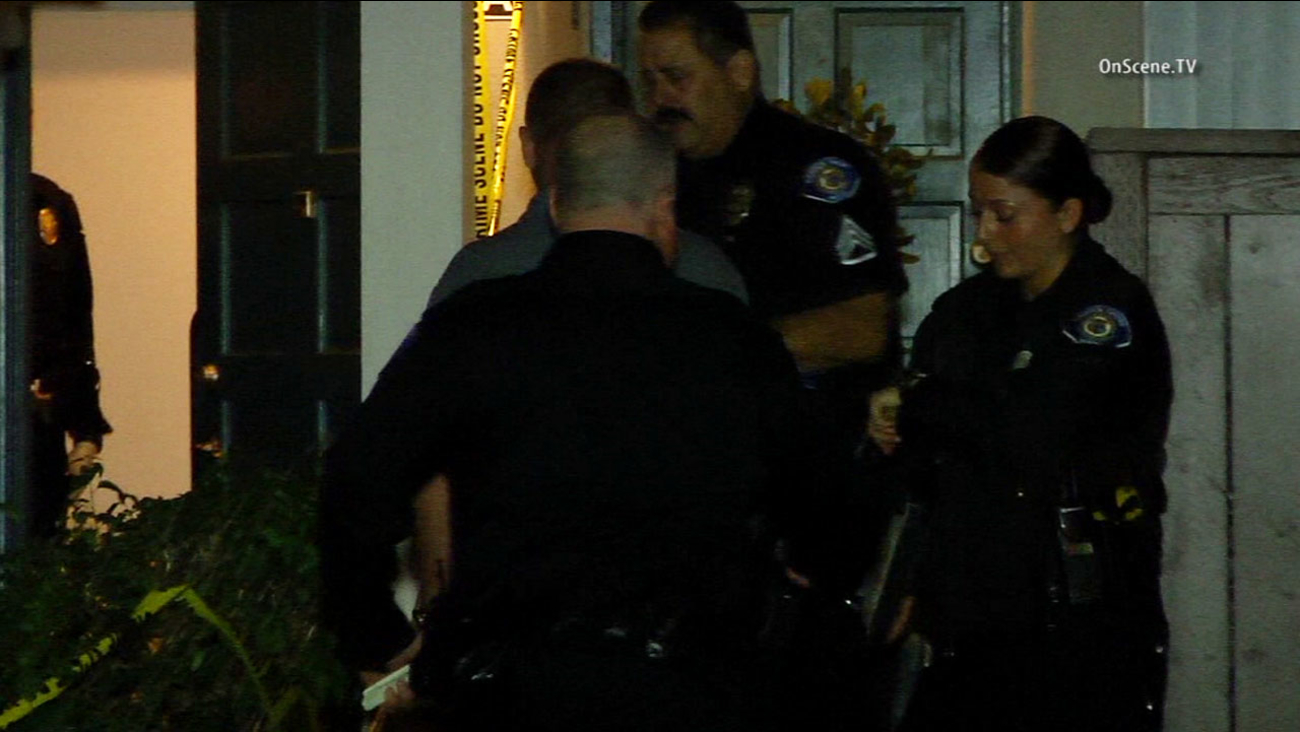 Garden Grove police respond to an apartment in the 13000 block of Casa Linda Lane Tuesday, March 1, 2016.

GARDEN GROVE, Calif. (KABC) -- Garden Grove police are investigating the suspicious death of a 40-year-old woman whose body was found inside an apartment Tuesday night.