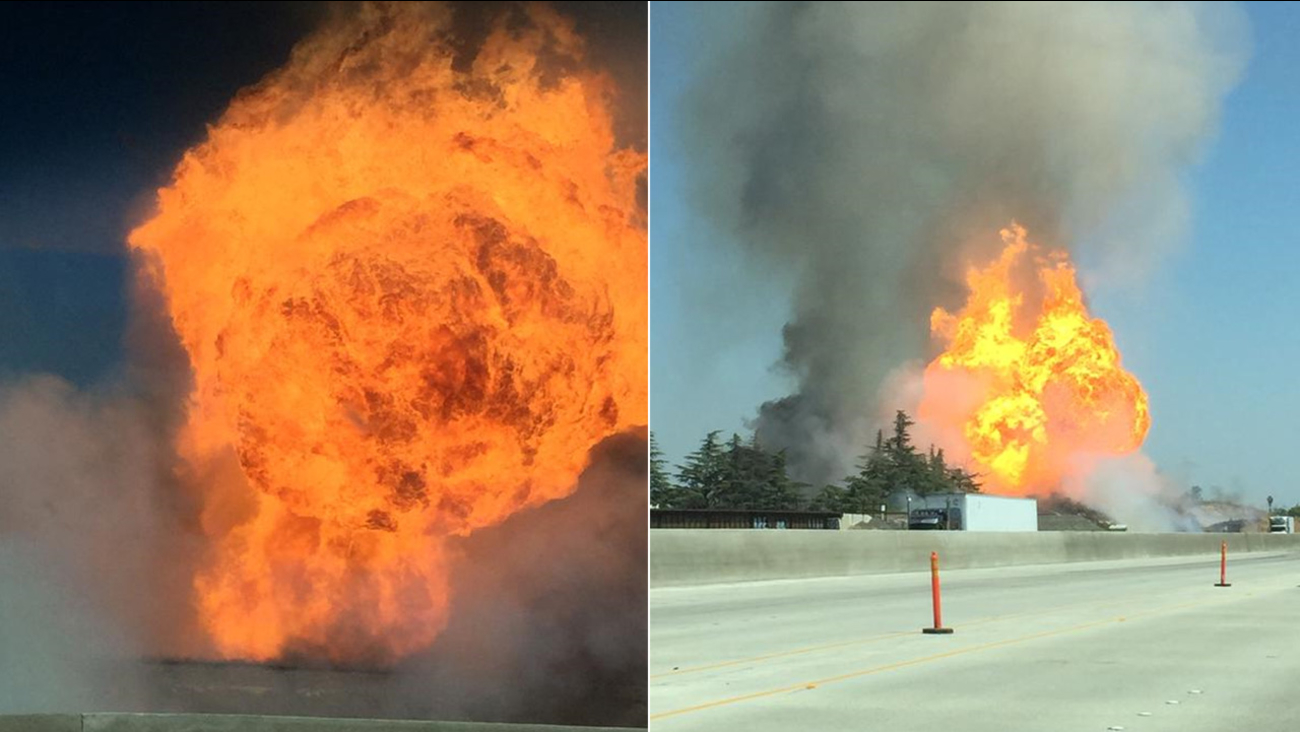 An explosion and fire erupted at the peace officers gun range on Weber Avenue in Fresno, Friday, April 17, 2015. (#abc30insider Natalie)

FRESNO, Calif. -- At least 14 people were injured after a large gas pipeline exploded into a tower of fire at the Fresno County Sheriff's gun range Friday.

Sheriff's spokesman Tony Botti says a county road worker was on a tractor and struck a PG&E gas line, which caused the explosion shortly before 2:30 p.m. The worker was transported to a local hospital in critical condition.

The Fresno Fire Department says a total of 14 people were injured in the explosion. Community Regional Medical Center officials say three people there are in critical condition, and a fourth is in serious condition. Four people were taken to Saint Agnes Medical Center, and three others are at Madera Community Hospital.