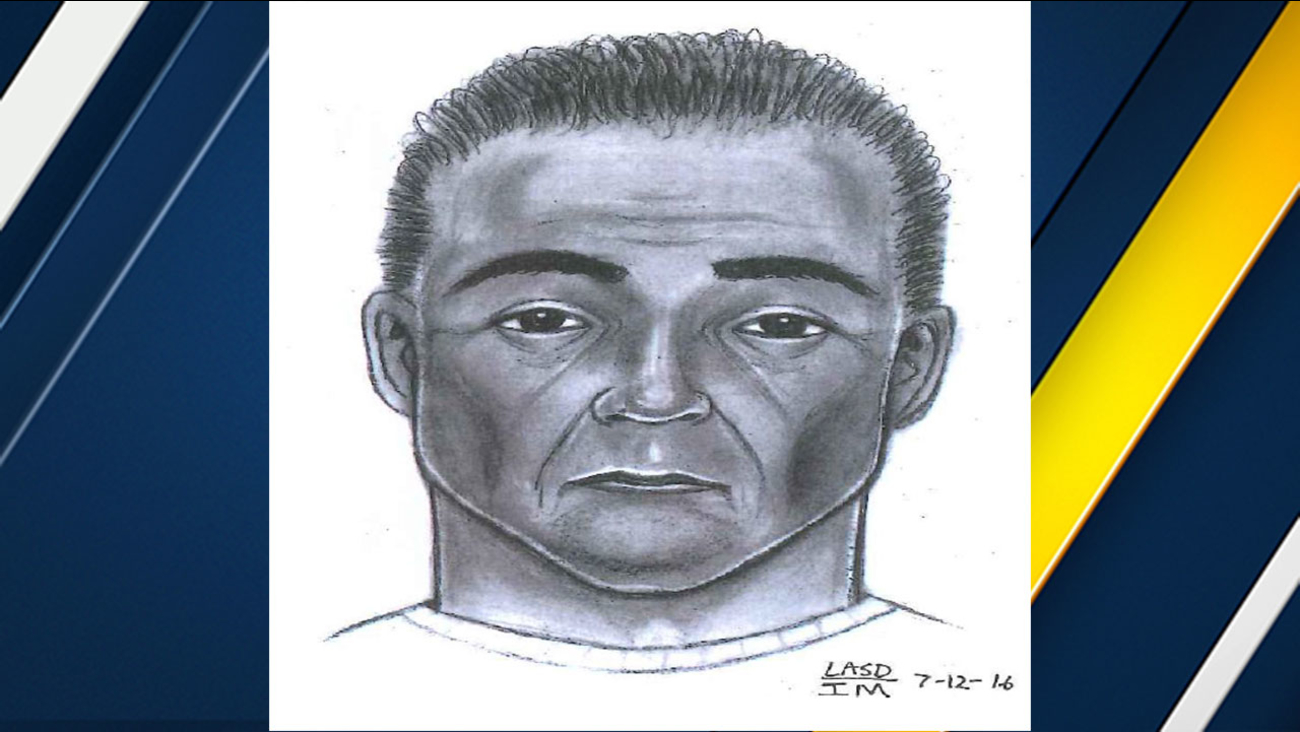 El Monte police released this sketch of a man suspected in a sexual battery on a juvenile girl. (El Monte Police Dept. sketch)

EL MONTE, Calif. (KABC) -- A girl who was sexually assaulted as she was walking to school in El Monte fended off her attacker with hot coffee, police said.

The juvenile girl, whose age was not released, was walking to school Monday at 7 a.m. in the area of Mildred Street and Granada Avenue when a man approached her and began making sexually explicit comments in Spanish, police said.

He then grabbed her and committed a sexual battery, according to investigators. But she poured hot coffee on his face, causing him to release her and then he fled on foot northbound on Lexington Avenue to eastbound Asher Street and then out of view.

Police released a composite sketch of the suspect and described him as a Hispanic male around 5-feet-7 inches tall, weighing 160 pounds, age 30 to 40, with black hair, dark eyes and a dark complexion.