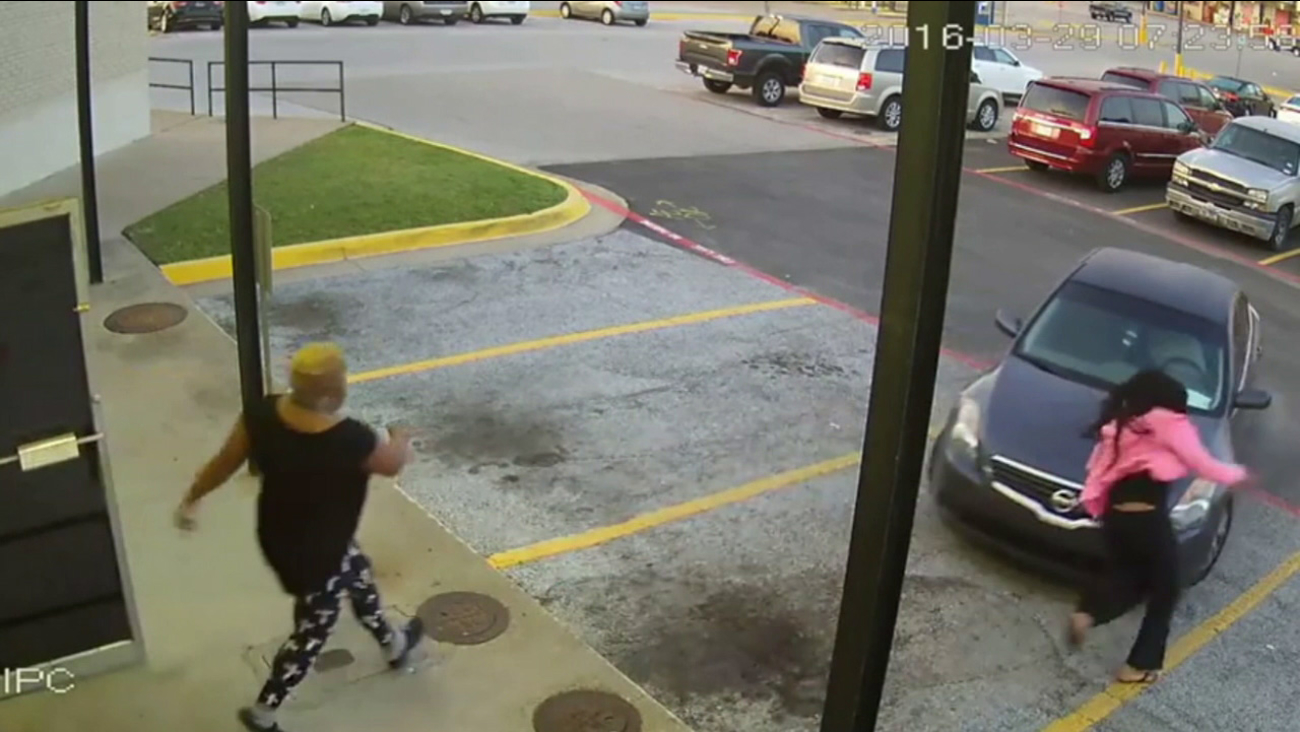 A 7-year-old girl leaped from a moving car as her mother held onto the trunk of the vehicle during a carjacking caught on surveillance video in Dallas on Tuesday, March 29, 2016.

DALLAS (KABC) -- A 7-year-old girl jumped from a moving car as her mother clung to the trunk during a carjacking in Dallas on Tuesday.

Police said the 24-year-old woman left her daughter in the car while dropping off her 4-year-old son at daycare.

That's when police said a man jumped in the front seat of her car and began to drive off. The mother clung onto the car as the man pulled away.

The girl jumped from the moving vehicle and was taken to the hospital with minor injuries.

But the mother held onto the car until the man pulled over in a parking lot and confronted her.

That's when police said he punched her in the face several times and robbed her before running from the scene.