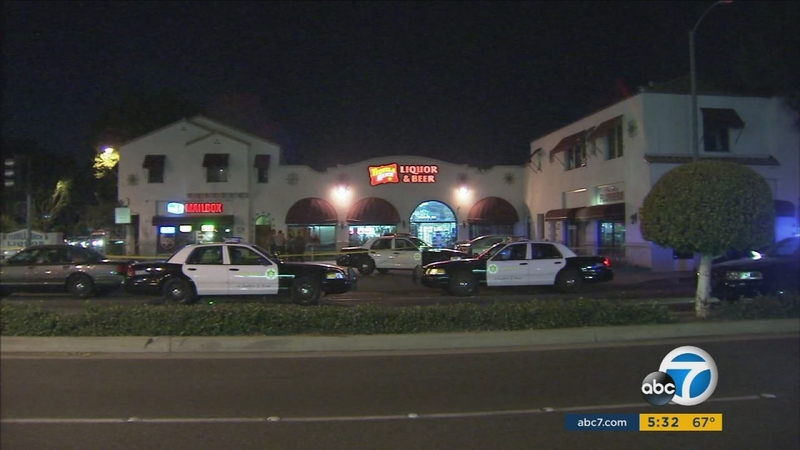 PARAMOUNT, Calif. (KABC) -- A Good Samaritan, who was killed while trying to help stop a robbery in Paramount, has been identified.

Alfredo Alvarado, 45, was trying to break up a fight between two robbery suspects and a clerk at the Tequila Ranch Liquor & Beer store on Monday when a third suspect opened fire.

The store, located in the 8000 block of East Somerset Boulevard, remained closed Wednesday, as the search continues for the suspects, described only as three young men.

At Alvarado's home, people were heard crying inside the apartment, but no one was ready to talk about the tragic incident.

Alvarado was a regular customer at the store, and when he saw what was happening, he intervened.

A neighbor, who did not want to be identified, said she was not surprised that Alvarado stepped in to help, adding that Alvarado's widow was devastated.

The clerk, who was shot multiple times, remained hospitalized in critical condition.