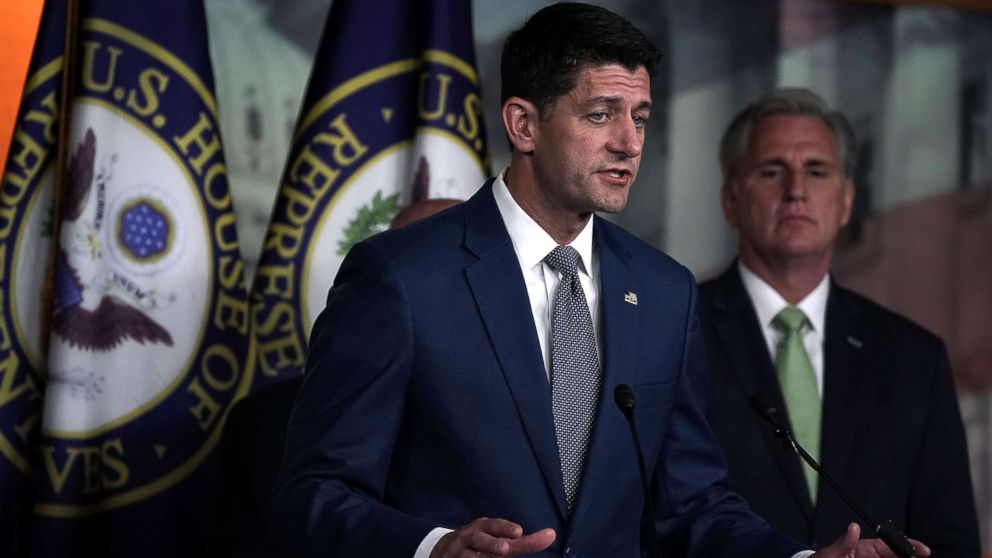 House Speaker Paul Ryan announced Wednesday that the House will vote Thursday on legislation to keep families together, trumpeting President Donald Trump's pledged support for two measures that have yet to generate sufficient backing to pass.


But with votes lacking, President Trump has summoned several undecided Republicans to the White House, as well as the top three House GOP leaders. A House Republican leadership aide says Majority Whip Steve Scalise provided the White House with a list of undecided members whom Trump "personally needs to work" on the "Goodlatte 2.0" bill, the so-called "compromise" proposal.

The president has also dispatched Attorney General Jeff Sessions to the Capitol to urge Republicans to support the immigration proposals, and DHS Secretary Kirstjen Nielsen is scheduled to huddle with Republicans to answer questions and rally support for the bills.

The moves come after the president announced Wednesday that he would sign an executive order to "keep families together."

"I'll be doing something that's somewhat preemptive and ultimately will be matched by legislation I'm sure," Trump said.

The speaker stressed Republicans "do not want children taken away from their parents" but he did not commit to holding a vote on stand-alone legislation to end family separation. He called the current strategy "Plan B" - dodging a reporter who asked what would happen if the votes fail.

"Right now we're focused on getting this bill passed," Ryan insisted. "The president came to our conference yesterday and asked members to support this bill. That is our focus. If other things happen we'll cross those bridges with when we get to it."

Ryan declined to say whether the president would commit to an immediate moratorium on family separation, but hinted that the administration is exploring "interim measures."

"I will refer you to Kirstjen Nielsen, the [DHS] secretary," Ryan said. "She's talked to us about interim measures but the court case is the key thing for us. You have to change the law so we can make sure that custody stays with DHS. We think that's important and that's why we're voting tomorrow."

"We're saying stick with [the Department of Homeland Security] and we're going to finance facilities for families to make sure that they can be taken care of so we don't have to have this ridiculous choice between enforcing our borders and enforcing the law and keeping families together," Ryan, R-Wis., said. "We think it's a false choice."

While Ryan says he is "hopeful" the votes will pass, the reality is that House Republicans still have a lot of work ahead to build sufficient support to send the bill to the Senate without any Democratic support.

A Republican leadership source tells ABC News they "still have work to do" and "need the president to keep leaning in with his support of the compromise bill in order for it to have a chance at passage."

After the GOP leadership team's news conference, Majority Whip Steve Scalise clarified to ABC News that the House will vote on two alternative measures, the Goodlatte bill and the so-called compromise bill - both of which include policy to end family separation, boost funding for detention centers, solve the DACA problem and fund the border wall.

"The president says we need this approved, so he really likes this policy and we worked with him on making sure that we can change that court decision so kids can be reunited with their families," Scalise, R-La., said.

It's the Democrats fault, they won't give us the votes needed to pass good immigration legislation. They want open borders, which breeds horrible crime. Republicans want security. But I am working on something - it never ends!

House Judiciary Committee Chairman Bob Goodlatte's bill, the Securing America's Future Act, provides a pathway to legal status for Dreamers while limiting legal immigration levels. Considered the more conservative of the two bills, it isn't expected to pass the House with Republican votes given Democrats' opposition, as well as concerns from some moderates.


Leadership, after facilitating talks with GOP conservatives and moderates, has pushed alternate legislation that would offer a compromise to moderates who threatened to force a vote on legal status for recipients of the Deferred Action for Childhood Arrivals (DACA) executive action under President Barack Obama. This measure would provide $25 billion in border wall funding, eliminate several visa programs while restructuring others, and provide a pathway for six-year "indefinitely renewable" legal status for Dreamers who could later apply for citizenship. It is also expected to include a provision to prevent the government from separating young children from parents and guardians while in government custody.

The proposal would also eliminate the 20-day cap on DHS administrative custody for accompanied children, so families would be kept together in the custody of DHS throughout criminal proceedings. It also authorizes up to $7 billion for family residential centers, ensuring DHS has access to funds to house more families.