Greyhound bus drives into ditch off 10 Freeway in San Bernardino 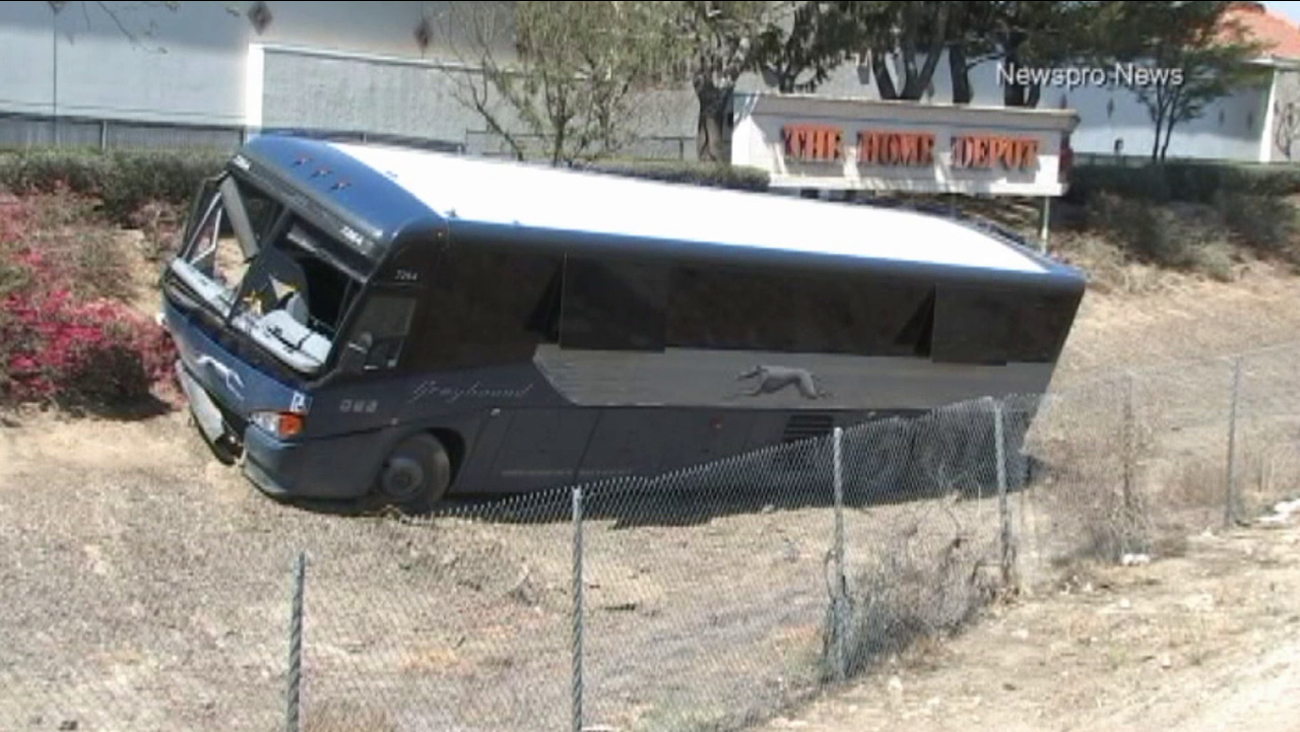 A man was detained after he allegedly grabbed the wheel of a Greyhound bus and sent it into a ditch off the westbound 10 Freeway in San Bernardino on Saturday, July 4, 2015. (Newspro News)

SAN BERNARDINO, Calif. (KABC) -- A man was detained Saturday after he allegedly grabbed the wheel of a Greyhound bus and sent it into a ditch off the westbound 10 Freeway in San Bernardino.

The bus drove off the right shoulder of the 10 Freeway at Waterman Avenue at about 2:50 p.m.

Authorities said the bus had possibly overturned after a male passenger went up to the front of the bus, grabbed the wheel and threatened to kill everyone on the bus.

"People were falling down the aisles. There was smoke and dust everywhere," passenger Maurice Glover said. "The guy that did it ran out of the windshield and ran off never to be seen again."

That man fled to a local Olive Garden restaurant, where he was detained. He suffered a head injury, said Kevinn Whitaker, a spokesman for San Bernardino City Fire.

Twenty-three people were on board, including the bus driver, Whitaker said. Five people were taken to a hospital with minor to moderate injuries.

Remaining passengers continued their journey on a second Greyhound bus dispatched to the location.

No other vehicles were involved in the incident.