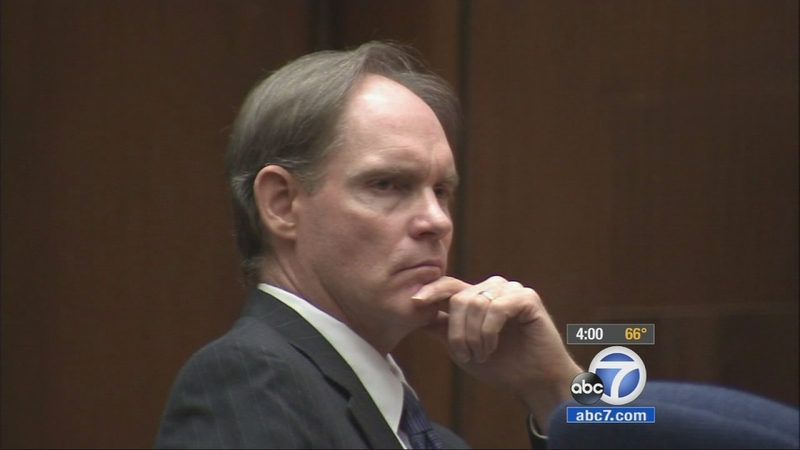 LOS ANGELES (KABC) -- Cameron Brown, the father suspected of throwing his 4-year-old daughter off a cliff in Rancho Palos Verdes in 2000, has been found guilty of first-degree murder.

The girl's mother, Sarah Key-Marer, was seen crying in the courtroom after the verdict was read.

"All I ever wanted was that he would take responsibility for what happened that day, so I'm thankful for God for carrying me and my friends and family through this time," Key-Marer said.

"I am sorry to Sarah for all the pain she has been going through. I'm sorry for the death of your baby, but justice has finally been served," juror Sheila Janis said.

The prosecution said Brown had every intent of murdering his daughter, Lauren Sarene Key, on Nov. 8, 2000. Brown failed to convince his girlfriend to get an abortion, prosecutors said, so he plotted to kill their daughter to get out of paying child support.

Brown and Key-Marer were estranged when the murder happened.

"It didn't seem likely that a 4-year-old girl would be up there of her own volition," jury foreman Greg Apodaca said.

Brown has maintained that his daughter's death was an accident, and that Lauren was running ahead of him when she slipped and fell 120 feet down the cliff.

"I am innocent," he told the judge.

This was Brown's third trial. Two previous juries were deadlocked.

The jury for this trial was instructed to consider not only first-degree murder, but also involuntary manslaughter.

Brown was arrested in 2003 and has been held in custody without bail ever since. He will be sentenced on June 19.
Related topics:
rancho palos verdeslos angeles countymurderhomicide investigationcourt casechild killed
Copyright © 2021 KABC-TV. All Rights Reserved.
More Videos
From CNN Newsource affiliates
TOP STORIES