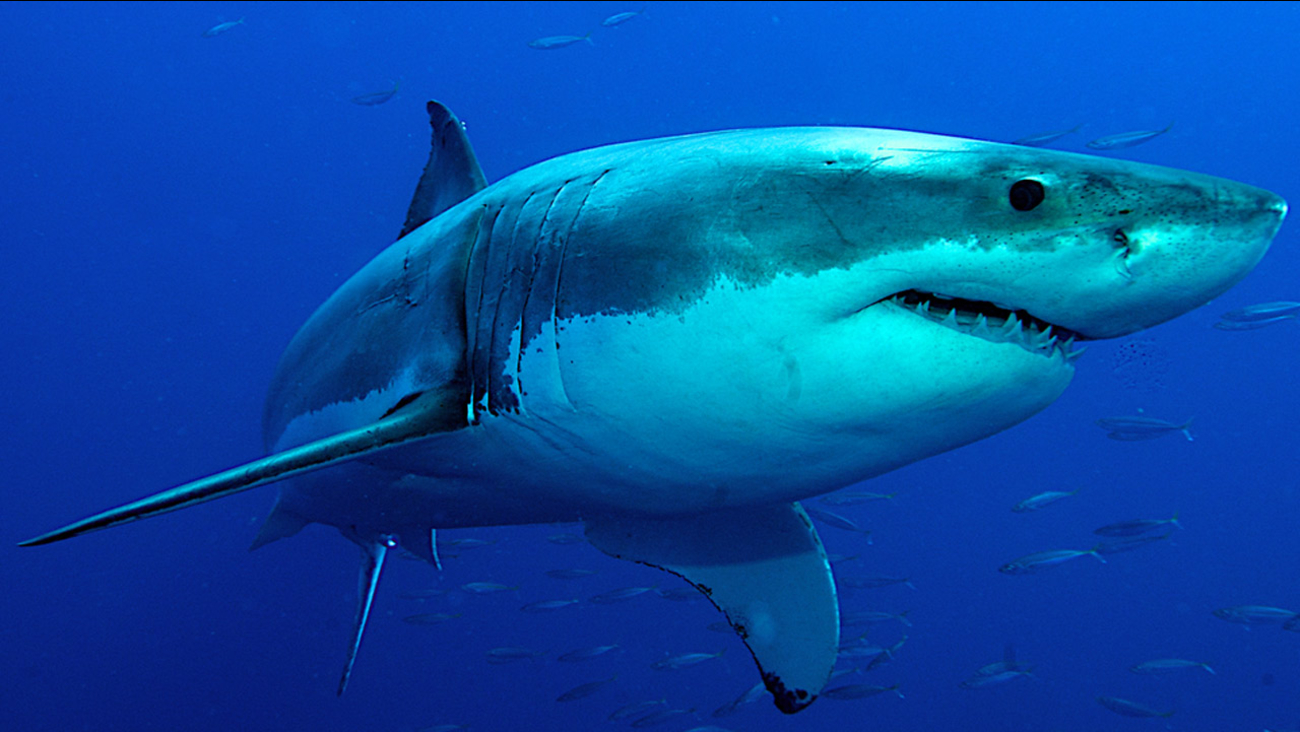 A great white shark is shown swimming in the ocean in an undated file photo. (Shutterstock)

OAHU, HI (KABC) -- A 25-year-old surfer is in critical condition after being bitten by a shark in Hawaii early Friday.

The attack happened at 10:25 a.m. near a popular surf spot known as Leftovers in Oahu's north shore.

The victim suffered critical injuries to his left leg from what witnesses reported as a shark 10 to 12 feet long. Shayne Enright of the Honolulu Emergency Services Department said there is no confirmation on the type of shark.

Officials said the victim was assisted to shore by another surfer or paddleboarder. According to witnesses, both men were met in the water by a kayaker who helped tow the injured man to shore.

It is not clear how far out into the ocean the victim was at the time of the incident.

A group of men and women on shore helped carry the patient up to the highway on a surfboard. One of the good Samaritans used a surfboard leash as a tourniquet on the man's leg to help stop the bleeding.

Emergency Medical Services, Ocean Safety lifeguards and the Honolulu Fire Department responded to the scene. First responders took over treatment of the patient and EMS transported him to a trauma center.