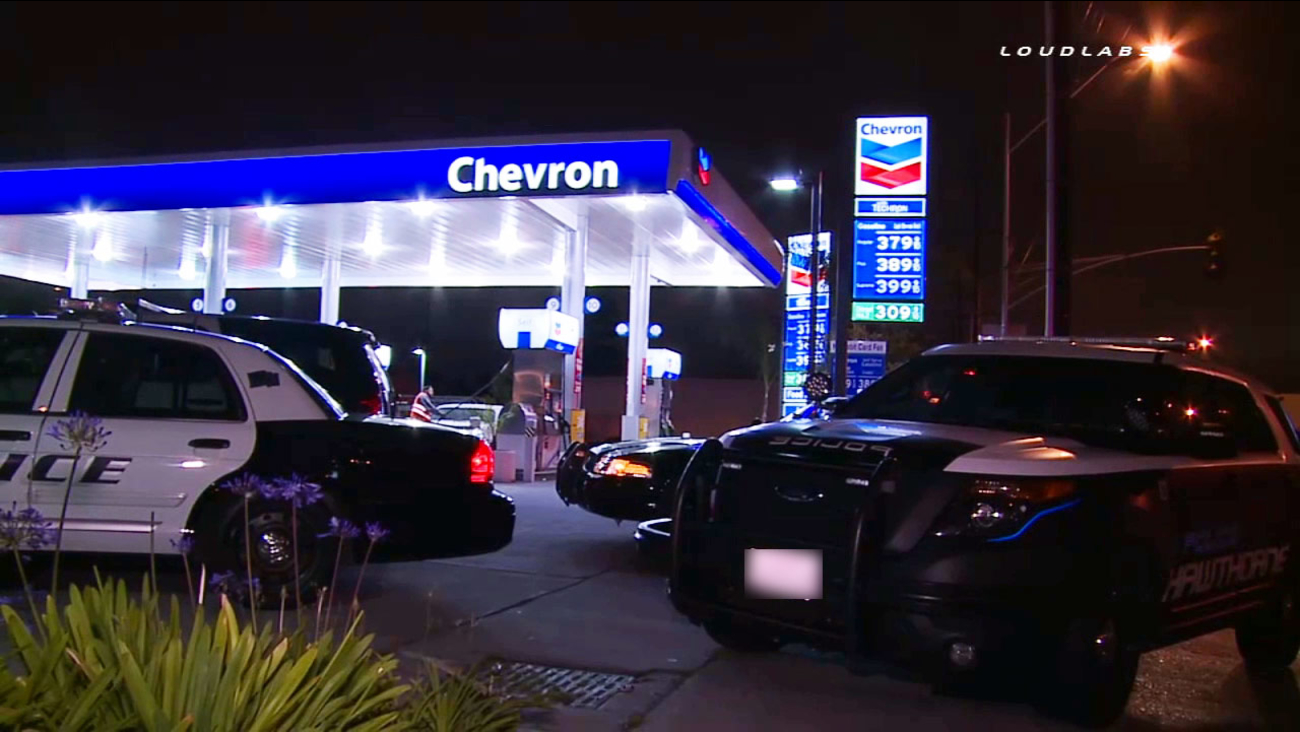 Patrol vehicles are shown near a Chevron gas station in Hawthorne following a robbery on Thursday, June 4, 2015. (KABC)

HAWTHORNE, Calif. (KABC) -- A gas station employee in Hawthorne was stabbed while trying to stop a robbery.

The incident happened at the Chevron gas station on the 3700 block of West Imperial Highway.

Investigators said the suspect may have been trying to get away with phones.

He was arrested at the scene. Police believe he is a repeat offender and may have tried to rob the store several times.