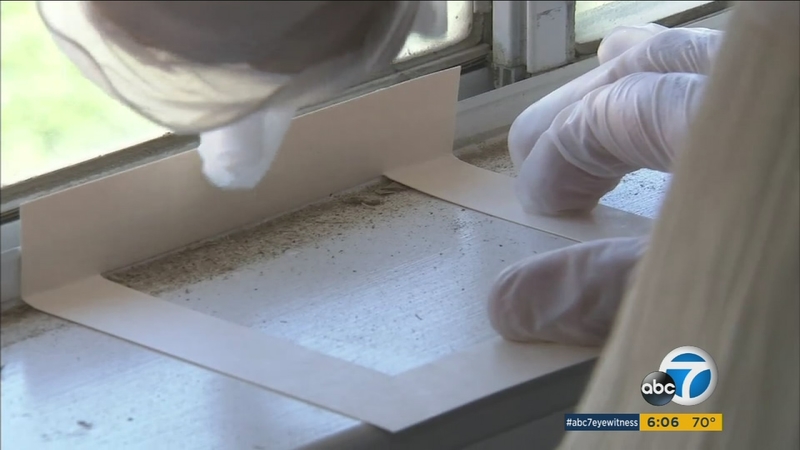 PORTER RANCH, LOS ANGELES (KABC) -- A month after the Southern California Gas Co. leak in Porter Ranch was capped, residents are still reporting health problems and wondering why it is taking so long to determine if their homes are safe.

Los Angeles County health inspectors have been testing the interiors of about 100 homes, looking for levels of 200 various chemicals, including the carcinogen benzene. They expect results by late April or early May.

Even with the fumes gone from the air, residents say they have found residue in their homes and on playgrounds, and they remain concerned about lingering hazardous chemicals.

"This is like four-and-a-half months later," since the leak began, said Porter Ranch resident Matt Pakucko. "What's taken L.A. County so long? Finally they're doing it. Sure, a lot of what's making people sick is going to dissipate to some degree - obviously not enough because people are still getting sick."

The gas leak from the utility's Aliso Canyon storage facility was first observed on Oct. 23 and capped in mid-February. With almost 100,000 tons of methane released, it was considered the largest methane leak in U.S. history.

Thousands of residents were forced to relocate from their homes at the gas company's expense.

The company insists that its own testing has already shown the air is safe.

"Thousands of air samples for benzene and other compounds have been independently collected and analyzed and found to be at or near levels seen in the rest of the county, and below levels of concern," the company said.

But residents say that's not what their bodies are telling them.