Monica Rezonable is accused of child abuse. Four days on the job as nanny for 3-month-old Calin Samora, then the baby was rushed to Northridge Medical Center with brain trauma.

Taking the stand, Calin's mother testified that Rezonable kept changing her story about the day of the medical emergency - that it happened on his bouncy chair, that Calin's older sister hit him.

According to lead Los Angeles Police Department investigator, it was 12 days later Rezonable had a different story.

"The only explanation is that Monica slipped, fell and dropped the child," said Marshall.

Lori Samora, Calin's mother, says she was on the phone down the hall and would have heard the commotion.

The district attorney says there was medical evidence of brain hemorrhages in both eyes - a defining symptom that the baby had been shaken.

The defense claims that the LAPD investigator ignored theories from other doctors who examined Calin who said the injury could have happened with a fall or choking.

As for Calin, his parents say he suffers from 20 seizures a day. They want justice for him. 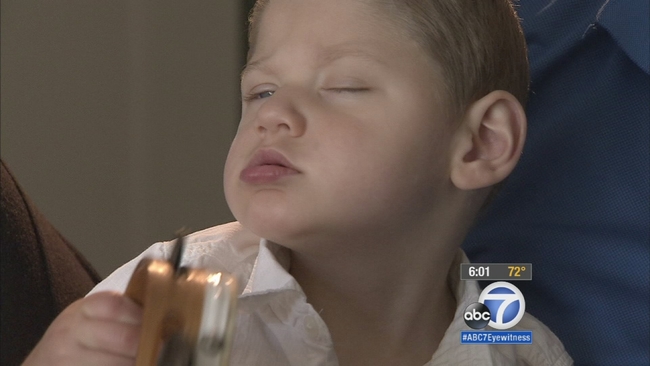