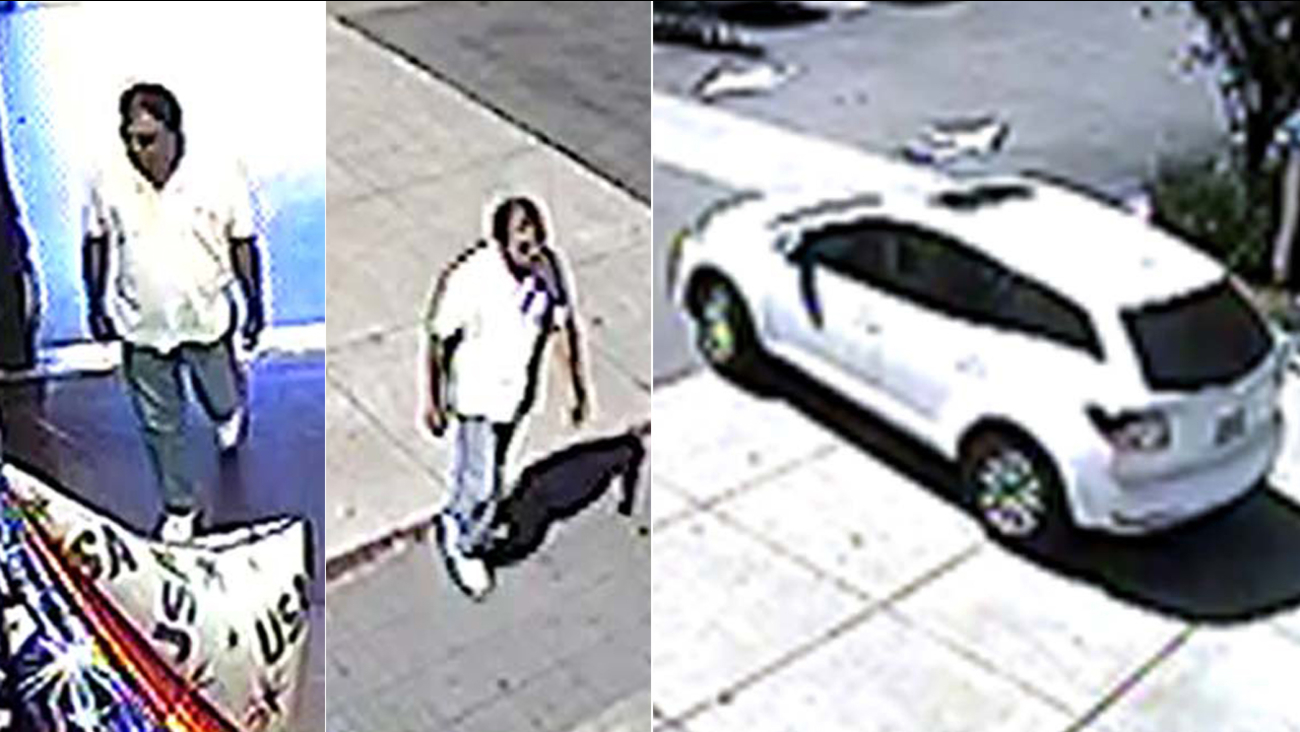 The Los Angeles Police Department released surveillance photos in connection with the robbery of a 92-year-old woman in Monterey Hills in July 2016. (LAPD)

MONTEREY HILLS, LOS ANGELES (KABC) -- Police on Wednesday released surveillance photos in the case of a 92-year-old woman who was robbed of about $6,000 at her Monterey Hills home after being falsely accused of hitting the suspects' vehicle.

The incident was reported at about 4 p.m. July 3, prompting officers to respond to the residence in the 4000 block of Via Marisol, where the victim described how a man and woman took her money, the Los Angeles Police Department said in a statement.

The victim had gone grocery shopping in South Pasadena's 1700 block of Garfield Avenue, where a man followed her inside a store while she was shopping, the news release said. While the 92-year-old woman was loading her groceries into her car, the man got into his vehicle which was occupied by a female passenger.

The man positioned his vehicle behind the victim's car, then followed her out of the parking lot, according to the LAPD. While the victim was driving on Huntington Drive, the female passenger signaled her to pull over.

When the victim did so, the man exited his vehicle and claimed it had been struck by the victim's car in the store parking lot, investigators said.

"The victim told him there were no signs of damage to either of the vehicles but she became concerned and did not want to argue with the suspect," the police statement said, adding that she "was in fear and decided to offer to pay the suspect with a check."

The man insisted on being paid in cash, according to the LAPD, after which the woman offered to pay him the money at her home. The suspects followed the woman to her residence, where she paid them an unspecified amount.

The man then gave the victim a handwritten receipt while the other suspect "created a distraction by asking for a glass of water," the news release said. While the homeowner was in the kitchen with the female suspect, the man went into a bedroom and stole some $6,000.

The suspects then left the home.

The man is described as weighing about 190 pounds, with black hair and brown eyes. At the time of the incident, he was wearing a white shirt, blue jeans and black work boots.

The woman being sought is said to have black hair and was wearing a flowery dress.