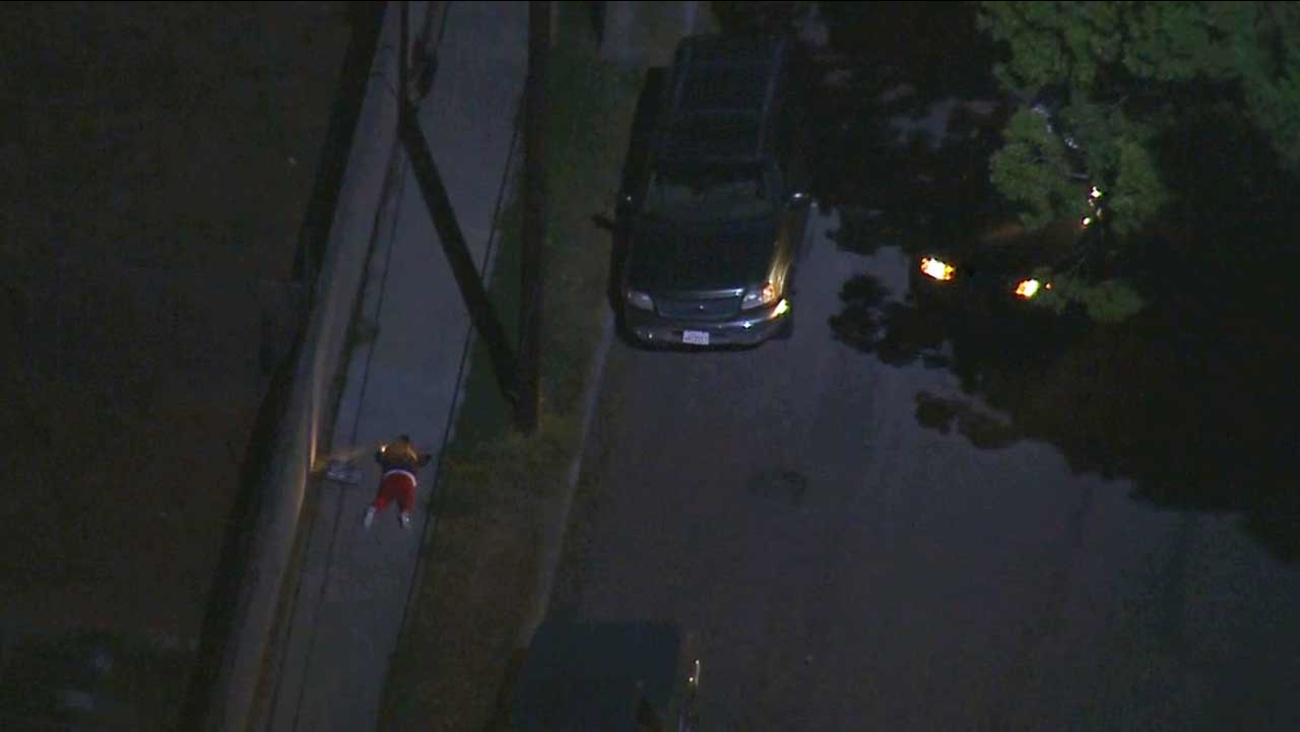 Three people were taken into custody after leading police on a high-speed chase from Long Beach to Carson Wednesday, July 22, 2015.

CARSON, Calif. (KABC) -- Three people were taken into custody after leading police on a high-speed chase from Long Beach to Carson Wednesday night.

It all began around 10:45 p.m. near 14th Street and Peterson Avenue in Long Beach when police tried to stop a female driver who officers thought was drunk.

She refused to stop the car, prompting a pursuit. The vehicle traveled at high speeds of up to 60 mph on the 405 and 110 freeways before exiting and entering surface streets. The driver drove through a red light and at one point on the wrong side of the road.

After driving through Carson, the driver made her way back to Long Beach. Near 70th Street and Gale Avenue, the driver grabbed her purse, jumped out of the Ford Focus and proceeded to run into a neighborhood before being taken into custody without incident.

Officers said she did not appear to be under the influence. She was detained for failure to yield and evading police.