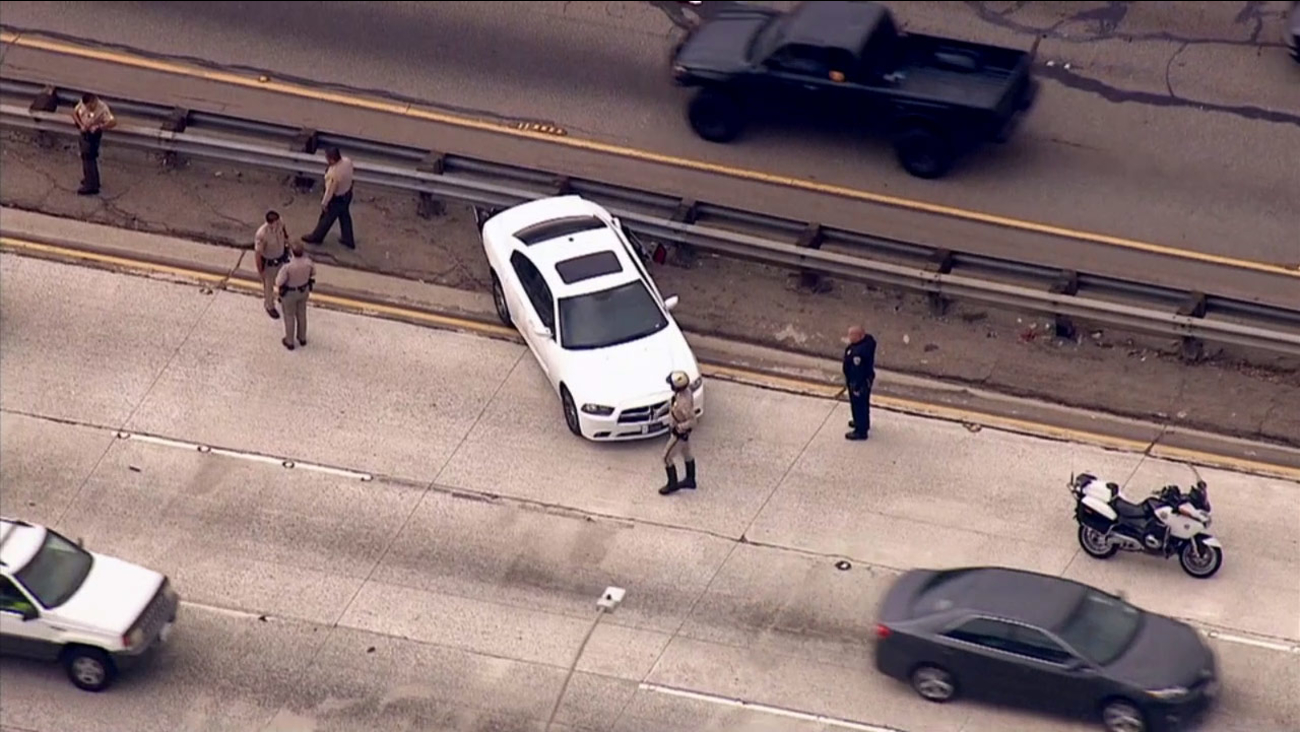 Deputies clear the scene at the end of a police chase on the 10 Freeway in the Pomona area on Wednesday, July 15, 2015.

The chase began around 8 a.m. in the Industry area when police tried to make contact with the suspect, but he fled. A citizen had reported that the suspect had blood on his hands.

After a wild pursuit that went from city streets to freeways, the suspect stopped the car on the 10 West, just east of Via Verde, and then ran away.

The suspect ran across all lanes of the 10 Freeway and jumped a wall in his attempt to flee from authorities.